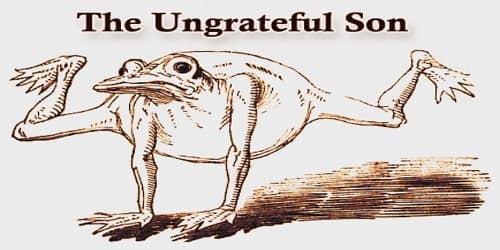 A man and his wife were once sitting by the door of their house, and they had a roasted chicken set before them and were about to eat it together. Then the man saw that his aged father was coming, and hastily took the chicken and hid it, for he would not permit him to have any of it. The old man came, took a drink, and went away.

Now the son wanted to put the roasted chicken on the table again, but when he took it up, it had become a great toad, which jumped into his face and sat there and never went away again, and if anyone wanted to take it off, it looked venomously at him as if it would jump in his face, so that no one would venture to touch it.

And the ungrateful son was forced to feed the toad every day, or else it fed itself on his face; and thus he went about the world without knowing rest. 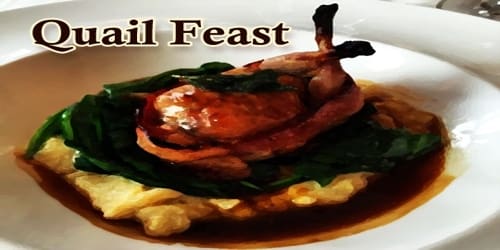 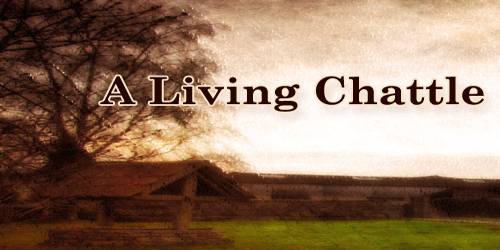 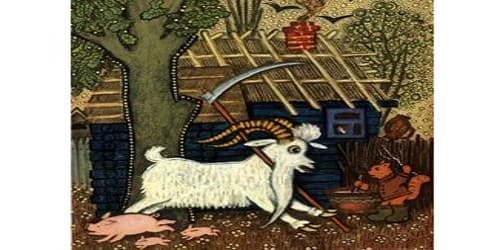 The Blessed Goat (A Russian Tale) 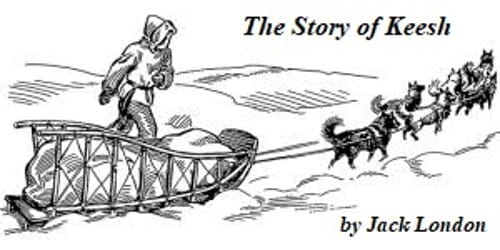 The Story of Keesh