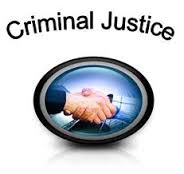 The term ‘media’ are a composite of print, sound and electronic. Print media remains as powerful as ever along with newspapers, books, periodicals, etc. But Electronic media or cable television, telecommunications and satellite broadcasting offer a rich mix of all that is available around the world. News of crime is a staple of 24-hour TV channels in order to lure viewers to their channels. Sexual assaults, sensational murders, road accidents, dowry deaths and police actions, etc., are all prominent features. The media starts giving its version even before the police interrogate the suspect/come to the scene of incident. Such crime news demands the arrest of a suspect/severe punishment before the police collect sufficient evidence. Suspect and witnesses are interviewed/their pictures are shown; televised debates are held about the guilt or innocence of the suspect or quantum of punishment to be awarded in case of conviction. Some websites provide information service on criminal records of crimes/criminals or persons concerning a criminal trial. Many exposures of crimes by websites/TV channels are the example. Some times an accused goes before the media, states his version of the commission of offence/confession and asks the police to come to arrest him. On the other hand, some times police presents the suspects before the media with their news. Many people believe that these kinds of crime news/websites are true and might prejudice potential judges and fair trial. Thus, such crime news/programmes generate legal problems for the media and accused, especially when overzealous media go beyond legal limits.

In Bangladesh, ‘Freedom of speech and expression’ is a fundamental right under Article 39 of the Constitution and ‘Right to fair trial’ has also been brought under the purview of Article 35(3) as a Fundamental Right. The Right to Information Act, 2009 has become a very important tool for journalists to seek information. The courts have had occasions to explore the nexus between ‘Freedom of speech and expression’ and ‘Fair trial’. In 1997 the Supreme Court of India held that a trial by press, electronic media or by way of a public agitation is the very anti-thesis of rule of law and can lead to miscarriage of justice. A Judge is to guard himself against such pressure and he is to be guided strictly by rule of law. If he finds the person guilty of an offence he is then to address himself to the question of sentence to be awarded to him in accordance with the provisions of law1. Recently addressing the final session of a two-day workshop on “Reporting of Court Proceedings by Media and Administration of Justice” at New Delhi, the Chief Justice of India Hon’ble Justice K. G. Balakrishnan said regarding cases pending in court, the media should refrain from attempts to “prejudice the trial”.

Is newsgathering and prejudicial publicity related to a criminal trial protected by ‘Freedom of speech and expression’?

The Constitution of Bangladesh does not separately refer to the freedom of the press or of the electronic media in Part III. But the law treats these rights as part of the ‘Freedom of speech and expression’. The demand for a specific reference to press freedom was made even at the time of framing of the Constitution. Dr. K. M. Munshi had proposed the freedom of press as a separate right.3 However, Dr. B. R. Ambedkar explained the position:

“The press has no special rights which are not to be given or which are not to be exercised by a citizen in his individual capacity. The editor of a press and the manager are all citizens and, therefore, when they choose to write in newspapers, they are merely exercising their right of expression  and…… No special mention is necessary of the freedom of press at all”4 and the Constituent Assembly agreed with this reasoning and rejected the demand for a specific reference to press freedom. This right is not absolute though it is fundamental and it is subject to certain restrictions that may be imposed by the State. Article 39(2) of the Constitution of Bangladesh subject to ‘reasonable restrictions’, which can be made by legislation to the extent, permits the guarantee of freedom of speech and expression Clause (2) of Article 39 clearly permits restrictions on the freedom of speech and expression when such restrictions are imposed by a law and thus the Right is subject to law of contempt. On the freedom of speech and expression, the law of contempt imposes a significant limitation by prohibiting publication of any matter which prejudices a fair trial and a reckless and scurrilous attack against judge imputing oblique motive amounts to criminal contempt of court. Contempt vis-à-vis freedom of speech – maintenance of dignity of court is cardinal principle of rule of law. Criticism, which undermines dignity of court, cannot be permitted under cloak of freedom of speech.


The freedom of the press is extolled as one of the great bulwarks of liberty. It is entrenched in the constitutions of the world. But it is often misunderstood. I will first say what it does not mean. It does not mean that the press is free to ruin a reputation or to break a confidence, or to pollute the course of justice or to do anything that is unlawful. I will next say what it does mean. It means that there is to be no censorship. No restraint should be placed on the press as to what they should publish. Not by a licensing system, nor by executive direction nor by court injunction.

It means that the press is to be free from what Blackstone, calls ‘prior restraint’. The press is not to be restrained in advance from publishing whatever it thinks right to publish. It can ‘publish and be damned’.

Afterwards, after the publication, if the press has done anything unlawful they can be dealt with by the courts. If they should offend by interfering with the course of justice they can be punished in proceedings for contempt of court. If they should damage the reputation of innocent people, by telling untruths or making unfair comment, they may be made liable in damages. But always afterwards. Never beforehand. Never by previous restraint.


The law of contempt aims to prevent interference with the administration of justice.

Section 15 (1) of the Contempt of Courts Act, 1926 provides that the power of a court of record to punish for contempt of itself is to prevent any unlawful interference with the administration of justice and to preserve the dignity of the legal system in the interest of the general public. Under subsection (2) High Court may take action for criminal contempt of a subordinate court. There is no definition of the expression ‘contempt of court’ in the Constitution of India. But Section 2(c) of the Contempt of Court Act, 1926 defines ‘Criminal Contempt’ as:

“Section 2(c): ‘Criminal contempt’ means the publication, (whether by words, spoken or written or by signs, or by visible representations, or otherwise), of any matter or the doing of any other act whatsoever which

(i) prejudices or interferes or tends to interfere with, the due course of any judicial proceedings; or

(ii) interferes or tends to interfere with, or obstructs or tends to obstruct, the administration of justice in any other manner”.


So anything that prejudices the court against any party before the cause is heard is contempt. The Law Commission of India categorizes ten type of publications in the media as prejudicial to a suspect or accused:

(1) Publications concerning the character of accused or previous conclusions;

(2) Publication of Confessions; (3) Publications which comment or reflect upon the merits of the case; (4) Photographs; (5) Police activities; (6) Imputation of innocence; (7) Creating an atmosphere of prejudice; (8) Criticism of witnesses; (9) Premature publication of evidence; (10) Publication of interviews with witnesses. The publication expressing opinions as to the sentence to be passed on any specific convicted offender.

There are certain laws that specifically preclude access to courts government-held information:

(i) Disclosure of identity of the victim of an offence of rape or sexual assault under sections 376, 376A, 376B, 376C and 376D of the Penal Code, 1860 is prohibited and punishable under section 228A except with the permission of the court.

(ii) Report of inquiry held under the Children Act, 1960, with particulars leading to the identification of the child; (s 36).

The Law Commission of India in its 198th report on ‘Witness Identity Protection and Witness protection Programmes’ (August 2006) has recommended not disclosing witness identity during investigation, inquiry and trial

In the light of the human rights concepts and the provisions of our Constitution and the Contempt of Courts Act, 1926, the question arises whether any publication of matters regarding suspect or accused can amount to contempt of Court not only when it is made during the pendency of a criminal case (i.e. after the charge sheet is filed) but before that event, e.g. once a person is arrested and criminal proceedings are “imminent”. The

Law Commission of India has examined this issue in its 200th report and recommendations have been made.

Thus, Contempt of Court law protects the person who is arrested and is likely to face a criminal trial. The media has right to freedom of speech and expression under Article 39(1)(a) of the Constitution but subject to law of contempt.

The position today, however, has radically changed. Both the media and criminal justice system are on the cusp of a change. All the three questions have been debated and further it is bound to generate a debate. Right to know is a basic right that citizens of a free country aspire in the broader horizon of the right to live in this age in our land under Article 21 of our Constitution. That right has reached new dimensions and urgency. That right puts greater responsibility upon those who take upon themselves the responsibility to inform. No one can deny that due to media many victims of crime and accused persons got justice.


It is asserted that no judge will be influenced in his judgment by any thing said by the media. Every judicial officer does his utmost not to let his mind be affected by what he has seen or heard or read outside the court and he will not knowingly let himself be influenced in any way by the media.

Nevertheless it should be recognized that a man may not be able to put that what he has seen, heard or read entirely out of his mind and that he may be subconsciously affected by it. If so, such prejudicial publicity by media has threatened accused’s right to fair trial, may it be at the time of bail hearing, or evidence hearing or sentence hearing. And of course, it needs to be prevented. Though a few cases have come before the Apex Court having bearing upon prejudicial media publicity in criminal trial and its effect on fair trial, it has guided trial judges to guard themselves against media’s pressure and the media to restrain itself regarding prejudicial publicity. However, in a democratic country like India, we need both a free media and fair trial. Media should be free to publish material to the fullest without jeopardizing the administration of justice but a proper balance needs to be found between the two.

Arrest and Detention at or before Trial Stage