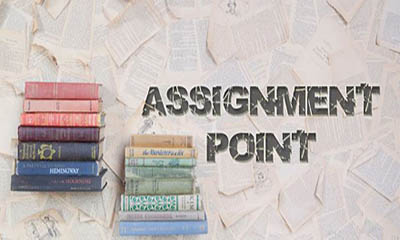 The Majority of Americans now accept Evolution, according to New Study

Despite substantial evidence, public acceptance of evolution theory has remained low in the United States. Now, more than half of Americans support the hypothesis, according to a new survey spanning the last 35 years.

The University of Michigan study, which was based on national public opinion surveys done since 1985, also highlighted characteristics that may influence an individual’s attitude on the subject, such as degree of education and religious beliefs.

The surveys, which included biennial surveys from the National Science Board, national surveys funded by National Science Foundation units, and a series on adult civic literacy funded by NASA, asked people whether they agreed or disagreed with the statement: “Human beings, as we know them today, evolved from earlier species of animals.”

For more than two decades, according to lead researcher Jon D. Miller, the responses were a “statistical dead heat” – acceptance and denial of evolution were neck and neck between 1985 and 2010. Until 2016, when “acceptance… surged, becoming the majority position,” according to Miller.

The percentage of adults in the United States who believe in evolution has increased from 40% to 54% in the last decade. According to the authors, this newfound acceptance is attributable to an increase in education.

According to co-author Mark Ackerman, “nearly twice as many Americans held a college degree in 2018 as in 1988.” “It’s difficult to get a college diploma without gaining some appreciation for science’s achievements.” The survey found that civic science literacy, completing science classes in college, and having a college diploma are the most important determinants in one’s acceptance of evolution.

Religious fanaticism, on the other hand, was shown to be the most powerful element in the rejection of evolution. According to the report, 30% of Americans are religious fundamentalists, a figure that has somewhat decreased over the last decade. Acceptance of evolution has increased from 8% in 1988 to 32% in 2019, maybe explaining why evolution is now accepted by the majority.

However, Miller believes that religious fanaticism, as well as political persuasion, will continue to stymie popular acceptance of evolution – “[s]uch beliefs are not just tenacious but also, increasingly, politicized,” he added.

Only 34% of conservative Republicans, compared to 83 percent of liberal Democrats, stated they support evolution in 2019.

The ideological split between the two parties may be as vast as ever, but it appears that America as a whole is less divided – evolution has the majority, albeit by a slim margin.

Nonetheless, the study is a minor victory for evolution.