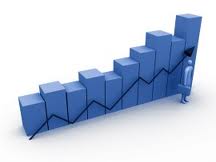 The art and science of collecting, analyzing, presenting and interpreting data to make more effective decision. A collection of numerical information is called statistics.

According to Horace Secrist “By statistics we mean aggregate of facts affected to a marked extent by multiplicity of causes, numerically expressed, enumerated or estimated according to reasonable standard of accuracy, collected in a systematic manner for a pre-determined purpose and placed in relation to each other”.

Features of This Definition Are:

SPSS is a softwear package of statistics. Its elaboration is “Statistical Package for Social Science”.

Heller Company manufacturers lawn mowers & related lawn equipments. The managers belive the quantity of lawn mowers sold depends on the price of the mower and the price of a compititors mower.

X2= Price of Heller’s mower ($)The manager want to develop an estimated regression equation that relates quantity sold to the prices of the Heller mower and the competitors mower. The following table lists price in 8 cities.

a) Develop the regression equation and discuss this equation.

b) Explain the values of co-efficient of correlation and determination. Also test the individual regression coefficients and overall model.

The SPSS out put of the above problem is given below:

a  Multiple modes exist. The smallest value is shown

a  All requested variables entered.

From the above out put we get that

Sandard Deviation of Quantity sold is 36.290

There is a moderate positive relationship between quantity sold and competitopr’s price..

There is a highly negative relationship between quantity sold and Heller’s price.

There is a low degree of negative relationship between Heller’s price and competitopr’s price.

Here the estimated regression equation is

If we increase competitor’s price by 1 unit then it will increase quantity sold by 0.341 unit when Heller’s price is constant.

On the hand if we increase Heller price by 1 unit then it will decrease quantity sold by 0.453 unit when competitor’s price is constant.

Many analysts prefer Adjusted R2 to avoid overestimating the impect of adding an independent varriable in the equation. Here the adjusted R2 is 0.974.

In multiple regrassion the t test and F test have different purposes.