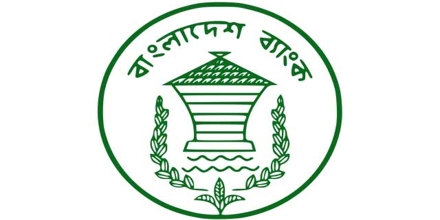 A central bank or monetary authority is a banking institution granted the exclusive privilege to lend a government its currency. A central bank is distinguished from a normal commercial bank because it has the monopoly on creating the currency of a nation, which is loaned to the government in the form of legal tender. It is a bank that can lend money to other banks in times of need. Its primary function is to provide the nation’s Money Supply, but more active duties include controlling subsidized-Loan Interest Rates and acting as a lender of last resort to the Banking Sector during times of financial crisis. It may also have supervisory powers, to ensure that banks and other financial institutions do not behave recklessly or fraudulently.

Bangladesh Bank is carrying out its following main functions as the country’s central bank:

Bangladesh Bank is discharging these functions in a forward looking, proactive, responsive and consultative manner. In aspiration for ever higher standards of performance it is aware of its limitations in independence, logistics, professional know-how and appropriateness of skill sets in staffing; Bangladesh Bank is also persistent in effort to overcome these limitations. It shall preserve and further strengthen the already earned confidence and trust of the nation, to continue being seen as a respected institution to be emulated. Towards achieving these, it’s having performance commitments to its diverse broad stakeholder groups like for the nations, for the government, for depositors in banks and financial institutions, investors in financial assets, for banks and financial institutions in Bangladesh, for banks abroad, for the business community, including farm and non-farm SMEs, for Bangladeshis abroad and for employees.

Other major functional areas include:

Bangladesh Bank Training Academy (BBTA) provides around 80 different training courses, where around 6000 trainee participate in a calendar year. Among all these training courses, Foundation Training for Assistant Directors is the longest and hence most expensive training program from BBTA site. It is not only a training but also a development program for creating efficient central bankers. Its primary objective is to get every employee in a common platform so that everyone has minimum knowledge of banking industry. It is a 6 months long training program. 60 persons can participate at a time in a batch. It is held twice a year. (Bangladesh Bank Training Academy , 2015)

Foundation training are conducted mainly by Bangladesh Bank Training Academy and Bangladesh Institute of Bank Management (BIBM). Assistant Directors from various departments/ branch Offices pursue nomination from Training and Development Wing for this training. Then TD Wings makes an eligibility list consisting selected Assistant Directors for the training. Finally they are sent to training program on full pay leave for the period of 6 months.

Every training programs and activities are approved by Honorable Governor Sir. Deputy Directors and Joint Directors of BBTA house are considered as Course Coordinators and Deputy General Manager is considered as Course Director. BBTA has 31 in house full time faculty whose are prioritized according to seniority. BBTA does not charge any fees from any of the participant of the training program. Sometimes BBTA hires lecturers from outside of central bank like from any public or private universities, renowned economist, former employees or commercial bank employees. In this cases, BBTA arranges honorarium for them.

In foundation training, Assistant Directors get a chance to understand the economy of our country in a 360 degree approach. Here, not only do they visit the rural areas to get introduced with farmers of the village but also get a chance to see the functioning of Central Bank of India by visiting there for two weeks. They also visit Takshal which is another institution under Bangladesh Bank. They also have four industry visits as part of the foundation training program curriculum. Employee gets hostel facility, library facility, industry visit, foreign programs etc. free of cost.

Human resources department has become an integral part for every organization nowadays. It works as a bridge between the management and the employees. It also helps to build human resources as capital in an organization. For this purpose, Bangladesh Bank has divided the total HRD in two departments. Each of the departments consists of several wings. These are:

Bangladesh Bank has recently initiated the automation process of their operation. For this purpose, they have introduced “Intranet Portal” where employees can get all the orders, administrative circulars, banking news, events and other relevant things right at their fingertips.

It also contains employees’ data and information. When I was in Planning, Promotion & Transfer Wing, I had to post many things in Intranet Portal like administrative orders, promotion orders, transfer orders, eligibility list of scholarship etc. to make this program effective and efficient so that employees can stay tuned all the time from any branches over Bangladesh.

Outsourcing wing made an agreement with the company who supplies the man power to Bangladesh Bank that is every outsourced employee of Bangladesh Bank must be paid at least 8000 Tk per month. When I was in outsourcing wing by rotation, I had to check accounts of 2500 employees within a week to verify whether they received 8000 Tk or not. I was also in a desk for a week where I had to collect complains against the company from these outsourced employees.

Bangladesh Bank uses a software package called SAP (Systems Applications and Products in Data Processing), which is widely accepted as one of the best HR solutions system. It basically helps to update and contain employee’s data and information. In Enterprise Resource Planning unit, I had to check for necessary updates and information posted by mistaken. In case of wrong inputs, I had to collect forms from a certain desk where existing employees complain about that wrong input and then I had to make proper correction on their basis.

Branch Office Services Unit (BOSU) helps to maintain a peaceful relationship between Bangladesh Bank headquarters and branch offices. Branch offices often face problems that they cannot solve by themselves and head office interventions are required. When I was in this wing, I was sent to Sadarghat Branch Office twice to collect their files of complains and then present it to BOSU.

As recruitment wing deals with very confidential information about a candidate, my involvement in this wing was limited. When recruitment wing analyzes the competencies required for a candidate to apply, I was told to re-analyze the criteria if there is anything missed out.

I have made specific contributions to Recognition ad Reward Wing. Recognition and Reward Wing takes an initiative to recognize and reward those who are showing extra ordinary performance in an area or takes a step ahead like a whistle blower. I had to make list all of them and prepare a “Glorification Card” for them. Finally, those cards were given by Honorable Governor Sir to the selected employees.

Performance Management Wing (PM) evaluates an employee’s performance through a specific process where a specific numerical score is given to every employee by their immediate senior/supervisor. This is a yearly report of an employee. But there are also employees who got to transfer before a year ends. PM Wing has different strategy to evaluate their performance.

When I was in this wing, I had to make a list of approximately 900 employees within 3 days who got inter departmental transfer before the year ends.

Benefits and administration wing has 7 different desks and I was sent to all of those desks. It is worth mentioning that sometimes employees send or mail just an application from home about their casual leave in an urgent basis. Then I had to make adjustments on their leave account in online at “Intranet Portal”. This task is done under Leave Desk.

I passed 3 days at House Allocation Desk. There I had to undergo a troublesome task which is to find out D category employees (Caretaker) who didn’t pay their electricity bill. It is found very often that employees leave the quarter allotted for them without paying bills.

As a requirement under Training and Development Wing, I had to go at Bangladesh Bank Training Academy (BBTA) located at Mirpur for a week. There I came to know about training programs importance, BBTA’s strategies and activities, its annual training plan and so on. I got a chance to visit BBTA hostel where Bangladesh Bank employees reside when they come from outside Dhaka.

Fall’2015 session. They invited me with my colleagues to have a glimpse at “Coin-Note Museum” which is regulated by BBTA. There I have witnessed the cultural transformation from copper and silver coins to paper notes. This museum is not only has rare collections like coins of 16th century but also the unrevealed notes of 40 Tk and 60 Tk denomination.

Besides my everyday job, I have to submit a weekly report to my supervisor where I have to state everything I have done in immediate week. Moreover, I had to submit a report combining all the policies and regulations undertaken by HR Department of Bangladesh Bank at finishing of my internship period.

Training program should include department rotation schedule as a course content which will take place in head office. As foundation program gives overview about baking industry and all the departments of central bank, it will be really helpful for the participants if they get a chance to relate their theoretical knowledge practically in the department.