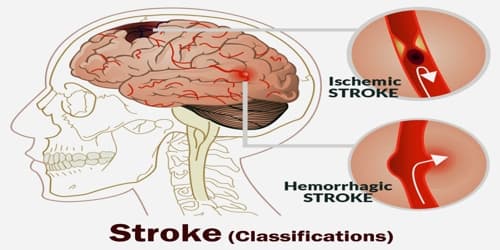 Definition: A stroke is a “brain attack” and it happens when the blood supply to part of our brain is cut off. When this happens, brain cells are deprived of oxygen and begin to die. When brain cells die during a stroke, abilities controlled by that area of the brain such as memory and muscle control are lost.

Other strokes are caused by bleeding into brain tissue when a blood vessel bursts (hemorrhagic stroke). Because stroke occurs rapidly and requires immediate treatment, stroke is also called a brain attack. When the symptoms of a stroke last only a short time (less than an hour), this is called a transient ischemic attack (TIA) or mini-stroke.

A stroke can affect the way our body works as well as how we think, feel and communicate.

The main risk factor for stroke is high blood pressure. Other risk factors include tobacco smoking, obesity, high blood cholesterol, diabetes mellitus, a previous TIA, and atrial fibrillation. An ischemic stroke is typically caused by blockage of a blood vessel, though there are also less common causes. A hemorrhagic stroke is caused by either bleeding directly into the brain or into the space between the brain’s membranes.

The effects of a stroke depend on which part of the brain is injured, and how severely it is injured. Since different parts of the brain control different areas and functions, it is usually the area immediately surrounding the stroke that is affected. Sometimes people with stroke have a headache, but stroke can also be completely painless. It is very important to recognize the warning signs of stroke and to get immediate medical attention if they occur.

Diagnosis is typically based on a physical exam and supported by medical imaging such as a CT scan or MRI scan. Other tests such as an electrocardiogram (ECG) and blood tests are done to determine risk factors and rule out other possible causes. Low blood sugar may cause similar symptoms.

A transient ischaemic attack or TIA is also known as a mini-stroke. It is the same as a stroke, except that the symptoms only last for a short amount of time. This is because the blockage that stops the blood getting to our brain is temporary.

About 87% of strokes are ischemic, the rest being hemorrhagic. Bleeding can develop inside areas of ischemia, a condition known as “hemorrhagic transformation.” It is unknown how many hemorrhagic strokes actually start as ischemic strokes. 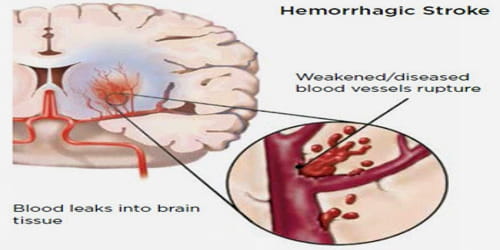 A hemorrhagic stroke is either a brain aneurysm burst or a weakened blood vessel leak. Blood spills into or around the brain and creates swelling and pressure, damaging cells and tissue in the brain.

There are two main types of hemorrhagic stroke:

In addition to neurological impairment, hemorrhagic strokes usually cause specific symptoms (for instance, subarachnoid hemorrhage classically causes a severe headache known as a thunderclap headache) or reveal evidence of a previous head injury. 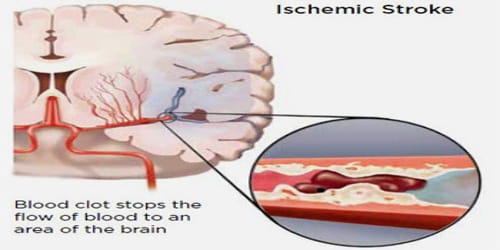 Ischemic Stroke: Most strokes are caused by a blockage cutting off the blood supply to the brain. This is called an ischaemic stroke.

In an ischemic stroke, blood supply to part of the brain is decreased, leading to dysfunction of the brain tissue in that area. There are four reasons why this might happen:

Ischemic strokes account for about 87% of all strokes. High blood pressure is the most important risk factor for this type of stroke.

Chronic Sinusitis is a Difficult Stage of Sinusitis Infection

How to Identifying and Treating Hyperthyroidism

Causes and Treatment of Ankle Fractures