Before Azerbaijan was famous for oil, it was a land of silk and spices.

It was a crucial artery on the Silk Road, the historic network of trade routes connecting East and West, and was located at the nexus of Europe and Asia, bounded by the Caspian Sea and the Caucasus Mountains.

By the 19th century, Sheki, on the Silk Road path through northwest Azerbaijan, was an international center for silk production.

A fresh, bucolic retreat from the more dry south, it is now one of Azerbaijan’s most gorgeous cities, with cobbled streets and ancient architecture.

It’s largely been off most tourists’ radar, but that could be set to change: In July 2019, its historic center and Khan Palace were added to the UNESCO World Heritage list.

Passing traders and their cargo-laden horses would halt here on their route to Tbilisi or Baku and spend the night in one of the town’s five caravanserais because it was high in the Caucasus Mountains, hidden from the outside world by mountain ranges covered in forest.

These roadside inns were once dotted all along the Silk Roads, and today’s travelers to Azerbaijan there were a record 2.8 million international tourists in 2018 can rest their head in an authentic 18th-century caravanserai, the Yukhari Karavansaray Hotel.

A mini fortress halfway up M.F. Axundov Street in Sheki’s Old Town, entry to the hotel is through an imposing original wood doorway.

A tranquil central courtyard that was originally used to tie the camels of traders is surrounded by a twin-level arcade of arches within, which is now filled with trees and seating areas.

The guest rooms are on the first level, and although they are unquestionably basic, they start at just 30 Manats (about $18) per night, which is a little price to pay for a genuine historical experience. The furnishings and media facilities may also be from the country’s Soviet era.

There is no need for air conditioning in the rooms during the summer because of their small windows and arched brickwork ceilings, yet it is said that the winters can become a touch chilly.

Those who decide to stay somewhere else but still visit the caravanserai can find more opulent lodging alternatives in the city.

Day trippers can explore the courtyard between noon and 7 p.m., but overnight guests have the place to themselves come morning and evening.

There’s a large garden restaurant out back as well as an atmospheric stone-walled tea house.

The Palace of Sheki Khans

A few steps up the hill is Sheki’s top tourist attraction, the summer palace of the Sheki Khans, who ruled this corner of the Caucasus between 1743 and 1819.

This two-story building, which was constructed in the late 18th century, features an incredibly beautiful exterior and interior.

Russian wood, French strained glass, Ottoman ceramics and Iranian mirrorwork all went into the construction of this pleasingly picture-perfect and symmetrical masterpiece.

The facade is covered in large part by a mosaic of multicolored glass set in a wooden lattice, called a shebeke, constructed without nails or glue. Examples of shebeke artistry can be found throughout Sheki.

The khanate may have come to an end with the Russian invasion at the beginning of the 19th century, but the beautifully built palace and the serene gardens outside have persisted and continue to surprise visitors today.

English-speaking tours can be arranged in advance.

As befits the cosmopolitan nature of this trading town, Sheki has a long history of religious diversity, with many churches and mosques in the region.

One of the oldest churches in the nation is the Church of Kish, which is located a few kilometers north of the city and was built in the first century CE.

There are souvenir shops lining Sheki’s main streets selling ceramics, samovars and scarves made of the town’s signature product: silk.

Piti, a chunky meat stew eaten with bread, is the local specialty, while halva the sticky treat made from sugar and nuts is perfected at Aliahmed Sweets.

Out of town, the roads that once served as Silk Road routes are still busy with traders.

While Soviet-born Zhiguli cars buzz by alongside more modern vehicles, roadside vendors sell tandir bread, where the dough is slapped straight onto the side of a clay oven, and qutab light-as-air dough griddled with greens and seasoned with sumac.

Hungry tourists halt by the side of the road to eat and sip freshly brewed tea at temporary tables under shady trees. With Azerbaijan introducing new easy three-day visas in 2017, this path through the Caucasus is as lively as ever. 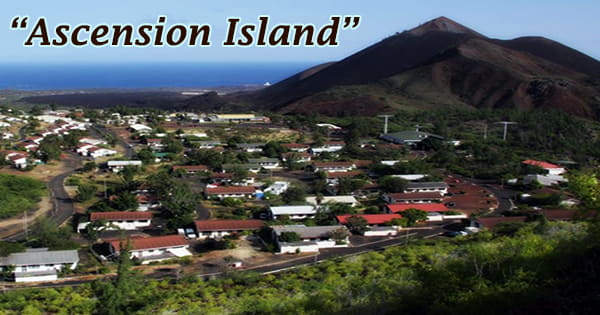