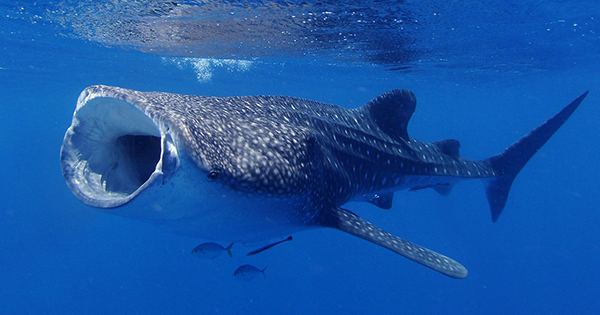 An app designed to alert surfers and swimmers when sharks were present at popular Australian beaches has enabled scientific study into human-marine animal interactions. A report examining its findings has added to our understanding of those creatures’ behavior in human-populated places, including a possible substantial shift in whale behavior. Jason Iggleden began flying drones over the seas around Sydney’s iconic Bondi Beach and its neighbors in 2017 and reporting shark sightings on his DroneSharkApp. The App made up for its lack of creativity in name with spectacular images, and its popularity soared swiftly. On TikTok, the app now has 359,000 followers.

Users may opt to get messages about everything from the sharks for which it was designed, to water quality, rips, or the likelihood of capturing a fish. One option is to detect sea life, which the App’s website describes as “whales, dolphins, seals, stingrays, and more,” and this component has prompted an article in the peer-reviewed journal Drones. Just watch this TikTok with typical Australian commentary to get a sense of what DroneSharkApp has to offer.

“Oh, swimmer, are you able to see?” Iggleden narrates over footage of a lady obliviously front crawling over a shark, as seen by the drone operators. “Surely… well, yes, she had done it by now!’ I’m out there!’ she exclaims “As she accelerates towards the beach, he adds. @dronesharkapp I’m overjoyed that all of my hard work has been recognized in the realm of research, and that #fypDroneSharkApp has made an official contribution to science! The paper may be found at https://www.mdpi.com/2504-446X/6/3/75. The films I shot in Sydney were used in a new scientific research lead by @drvanessapirotta #shark #dolphin #whale – Dronesharkapp original music.

However, Macquarie University’s Dr. Vanessa Pirotta spotted a chance for more than just a live nature documentary. Over the course of 432 days of observation, she and her co-authors looked at 678 videos posted to Instagram via the app. The scientists discovered 94 feeding occurrences from major marine predators and 101 shark-human interactions among these. There was no overlap between these, which means there were no incidences of sharks feeding on people. The prospect of a shark attack may loom big in the minds of individuals who live near enticing marine waters, yet shark attacks are uncommon, and fatal ones are very unusual in Australia.

Many cases of humpback and dwarf minke whales moving north with their calves were also discovered using DroneSharkApp, validating Pirotta’s prior discoveries. This is, without a doubt, the most important component of the paper. These whales usually give birth off the coast of North Queensland. The fact that they are now giving birth hundreds of kilometers to the south implies that the maritime environment has altered significantly. Drones are becoming increasingly popular among marine biologists, according to the report, and are being used to examine species distribution, jellyfish density, and humpback whale upper respiratory tract diseases, among other things. Recording the most useful data, on the other hand, takes time, and scientists don’t always have enough of their own to do so.

The results can be a benefit to research when folks who fly drones for other reasons filter down their film and provide it to the world for free. The authors kept note of how many sharks, rays, fur seals, dolphins, and whales were spotted each month. While some, like migrating whales, have well-established patterns, others, like the near-disappearance of dolphins in the summer and early fall, may prompt more investigation into where these creatures travel.

The majority of the feeding episodes were seen by fur seals (58) and dolphins (33), with stunning footage of each targeting massive fish schools known as bait balls. These behaviors are “traditionally…very difficult to consistently detect in the field,” according to the authors. A humpback lunge feeding was also seen in one case. Two white shark feeding occurrences were recorded, in line with the App’s initial goal.