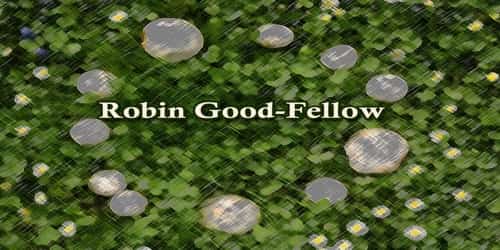 Once upon a time fairies danced in fairy rings upon the green hills of England. They could make themselves invisible, and sometimes they played pranks, pinching housemaids’ cheeks, or turning households upside down, or setting free a herd of cattle. But they were always kind to children. Everyone knew about the fairies, and the good folk loved them. The selfish and greedy and nasty folk said fairies did not exist.

Now there lived, in those long-ago days, a lad named Robin Good-fellow. From the day he was born, his parents knew he must belong to the fairies. When Robin was just a baby, the fairies brought him wonderful gifts: embroidered pillows, silk slippers, chocolate cakes, wooden puppets. Anytime Robin wished for something, the fairies heard his wish and fulfilled it. After a while, the neighbors grew jealous – and when the neighbors were nasty, Robin played tricks on them.

By the time Robin was 10, he was so mischievous, the neighbors were complaining night and day. At last, Robin decided he must run away, and one fine early summer day, he did just that. He followed the road until he was hungry. He spied a tailor’s shop and knocked on the door to ask for work and food. The tailor took him in, but when Robin discovered the tailor cheated customers, Robin began to play pranks on the tailor. Soon the tailor asked him to leave.

Robin traveled all that day. When he grew tired, he sat down by the roadside and closed his eyes. Just before he drifted off to sleep, he imagined he saw little creatures dancing on the grass to the sounds of tiny trumpets and miniature flutes. When he opened his eyes, he found to his amazement a scroll of gold at his feet.

He opened the scroll and read upon the pages a poem that went something like this:

Robin Good-fellow, my son, my heir,

You may have whatever you dream.

You can change your shape if you so dare,

Be a horse, a dog, any shape of your dream.

My son, you can frighten any nasty maids or men.

My son, you will make the wicked run.

My son, you will make honest all of them.

My son, you are my heir. Now have your fun!

When Robin read this, he knew for certain he had fairy powers. He wished at once for something to eat, and a feast appeared before him. Then he wished he had a horse, and a splendid stallion appeared at his side. After that he wished to turn himself into many things – first a robin, next to a lamb, then a monkey, and a leopard and a tiger. When he wished himself back, he became Robin Good-fellow once more.

From that day on, Robin played tricks on rude and selfish people. To the good people, Robin was always generous and kind. He finished the spinning for exhausted maidens. At midnight, while weary farmers slept, he plowed their fields; when timid children wept, he pulled pranks on bullies; when shopkeepers cheated their customers, he turned their shops upside down.

Robin lived this life for many months. Then, one day, Oberon, King of Fairyland, sent a messenger to Robin, calling him to visit the greenwood. When Robin arrived, Oberon greeted him as his son, saying to him, “You will rise up tonight and dance with the elves and the sprites. Hurry now, my mischievous son, ’tis time our games were well begun!”

When Robin looked around, he saw a sight he had not seen a moment before. He was surrounded by fairies dressed in green silk, and joyfully he began to dance with them. While they danced, Robin spotted across the field a familiar face. “There’s Tom Thumb!” he cried, and Tom nodded hello. Then Robin began to notice that all the famous fairies in the world were there. He saw the brownies and the boggarts, the pixies and the elves, urchins, and goblins, blue sea queens and green water sprites. When he looked up, he saw a cloud of bats floating and flapping in the sky on leathery wings, and on each bat, wing sat an elf riding a fat beetle.

Before long all the fairies were dancing in a circle around Robin, and Robin danced with them, and everyone sang. The hours slipped quickly by, and they sat down in a circle on the dewy grass, and the fairies told Robin of their tricks and pranks, but also of their good deeds. Then the faint sound of pipes was heard in a faraway field, where a shepherd was beginning to play. “The night is ending,” Tom Thumb cried, and the fairies began to scatter.

“The cock will crow soon,” said Oberon, and in the twinkling of an eye, everyone disappeared. Robin, dressed in his tattered clothes, sat all alone in the field. For a fleeting moment, sadness overcame him. “What am I to do in this world?” he asked the empty field. “I’m different from the other boys.” But then he thought awhile, and he smiled, for now, he knew that he truly felt at home with the fairy folk. He had indeed found a place where he belonged. Soon he joined the court of Oberon and his queen, Titania, where he became known as Puck. 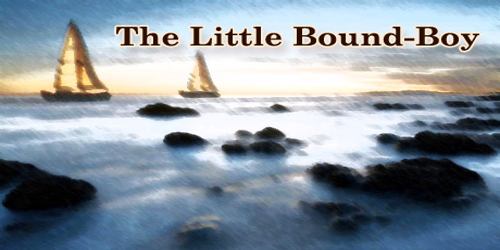 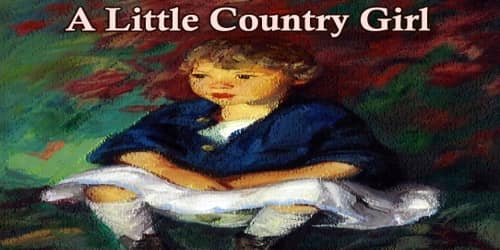 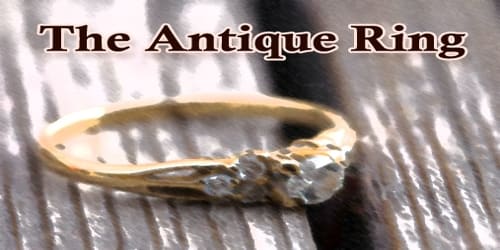