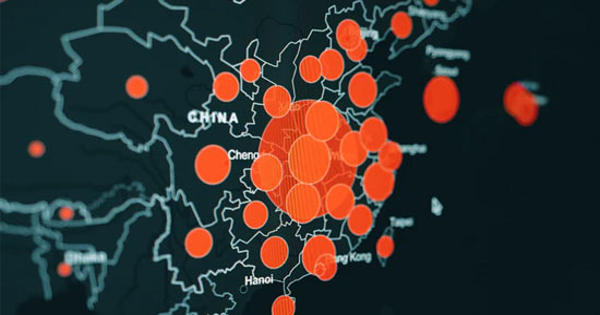 Exposure to air pollution is a major public health issue in China. The majority of the total air pollution disease burden is caused by fine particulate matter exposure, with ozone (O3) exposure contributing less. PM2.5 exposure has been reduced as a result of recent emission reductions. However, exposure and risk remain high, some pollutant emissions have increased, and some sectors lack effective emission control measures.

According to a new study, reducing residential and agricultural pollution outside the Greater Bay Area could improve air quality and, as a result, public health both within the megalopolis and throughout China. The authors arrived at these conclusions after conducting a quantitative analysis of various air quality policy scenarios and their potential impact. To simulate the scenarios and estimate the resulting exposure rates and health effects, the researchers combined a regional chemical transport model with an epidemiological model.

New simulations show how reducing residential and agricultural pollution outside the Greater Bay Area could improve public health inside this megalopolis and across China.

The Greater Bay Area of China, which includes Hong Kong, Macau, and nine other major cities, is home to more than 70 million people. In this region and throughout China, air pollution is a major public health concern. While recent emission cuts have reduced exposure to some pollutants, other emissions have increased, and health risks remain.

Despite significant progress in reducing air pollution, some Bay Area communities continue to have higher pollution levels and corresponding health effects than their counterparts in other parts of the Bay Area. Many pollutants have the highest levels of air pollution near pollution sources, such as freeways, busy roadways, busy distribution centers, and large industrial sources.

In the simulations, replacing 50% of residential solid fuel use (such as burning wood for cooking and heating) with liquefied petroleum gas outside of the Greater Bay Area reduced people’s exposure to fine particulate matter (PM2.5) by 3% within the Greater Bay Area and 15% across China. According to the researchers, this reduction would save 191,400 lives each year.

Meanwhile, simulations of a 30% reduction in ammonia emissions from agricultural fertilizer use outside the Greater Bay Area resulted in a 3% reduction in PM2.5 exposure within the Greater Bay Area and a 4% reduction across China, saving 56,500 lives each year. Reduced emissions from residential solid fuel use would reduce both PM2.5 and ozone exposure, but alternative policies could increase ozone levels, according to the analysis.

There are currently no policies in place in southern China that specifically target residential solid fuel use and agricultural emissions. The authors point out that addressing this opportunity will necessitate collaboration across the region, both within and outside of the Greater Bay Area.

According to the Guangdong Meteorological Service, the Guangdong-Hong Kong-Macao Greater Bay Area is one of the most livable and tourism-friendly bay areas in the world, and the joint efforts will assist the public in scientifically responding to frequently occurring typhoons, rainstorms, and thunderstorms in the area.