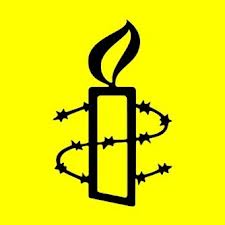 Human rights were severely restricted under a state of emergency imposed in the wake of widespread political violence. Hundreds of thousands of people were reportedly arrested on suspicion of criminal activity or breaches of emergency rules. Torture continued to be widespread. Law enforcement agencies were implicated in the deaths of more than 100 people in custody, but no one was held to account for the deaths. At least six men were executed.

Following weeks of violent clashes between the supporters of the main political parties, a state of emergency was declared on 11 January. Elections scheduled for 22 January were postponed until 2008. President Iajuddin Ahmed appointed a new caretaker government headed by Fakhruddin Ahmed as Chief Adviser and supported by the army, and the army was deployed with the police to maintain law and order.

The new government embarked on an anti-corruption programme, and took steps towards judicial and electoral reform, but the pace of reforms was disappointingly slow. There were also widespread concerns both about the role of the army in the country’s political life and about economic problems, including a sharp rise in the cost of food and other essential goods.

The government announced that it had initiated the creation of a National Human Rights Commission (NHRC). The authorities were urged by Amnesty International to ensure that the NHRC’s mandate, independence and resources would enable it to be an effective mechanism for strengthening human rights protection.

More than 60,000 slum dwellers were forcibly evicted when the government demolished slums in Dhaka, and also in Chittagong and Khulna. They were given no alternative accommodation or compensation.

Cyclone Sidr which hit south-western areas in mid-November caused severe devastation to over a million people’s homes and livelihoods and killed more than 3,000 people.

Emergency rules restricted freedom of association and assembly, withdrew some constitutional safeguards against arbitrary arrest and gave far-reaching powers of arrest to law enforcement agencies. The ban on political meetings was partially lifted in September to allow political parties to prepare for dialogue with the Election Commission on electoral reforms. Members of parties supported by the authorities were allowed to meet with no restrictions throughout the year.

Fair trial safeguards were weakened by the use of Special Courts which imposed tight restrictions on defendants’ access to lawyers, and by the denial of bail to defendants charged under emergency regulations.

Police and security forces – torture and deaths in custody

The security forces, including army and paramilitary units deployed under emergency rule with the police, committed human rights violations with impunity, including torture and other ill-treatment and alleged extrajudicial executions. The police force was inadequately trained and equipped and lacked effective accountability and oversight mechanisms. Army personnel accused of human rights violations remained almost entirely outside the purview of civilian judicial accountability mechanisms.

According to media reports, officials stated that over 440,000 people were arrested on various grounds during the year. Many detainees were detained arbitrarily, initially held under emergency rules, then served with a detention order under the 1974 Special Powers Act (SPA). Some were then charged with politically motivated criminal offences.

Some people held under emergency rules were accused of “extortion” or other criminal activity. Detainees included over 160 politicians from the main political parties, as well as some wealthy business people. A number of detainees held without trial under emergency regulations or the SPA were reportedly tortured or ill-treated.

Although wide-ranging emergency restrictions on the news media were not strictly enforced, their continued existence intensified self-censorship by journalists and editors. Journalists were threatened with arrest if they criticized intelligence agencies or the army.

As in previous years, human rights defenders were subjected to arbitrary detention and torture. Lawyers were allegedly threatened with arrest on corruption charges if they took up high-profile cases.

The government took steps to implement the Supreme Court’s 1999 ruling requiring separation of the judiciary from the executive, including amendments to relevant laws. On 1 November the new system came into effect. However, reports indicated that executive magistrates would retain some judicial powers.

Demands gathered momentum during the year for the investigation of war crimes, crimes against humanity and other serious violations of human rights and humanitarian law committed in 1971. However, as in the past, no action was taken by the government to implement the 1973 International Crimes (Tribunals) Act and no official commission was ever established to provide a comprehensive account of the events of 1971, to determine responsibilities and to make recommendations for reparation for the victims.

Violence against women continued to be reported, including beatings, acid attacks and dowry deaths.

At least 90 men and three women were sentenced to death, and at least six men were executed.