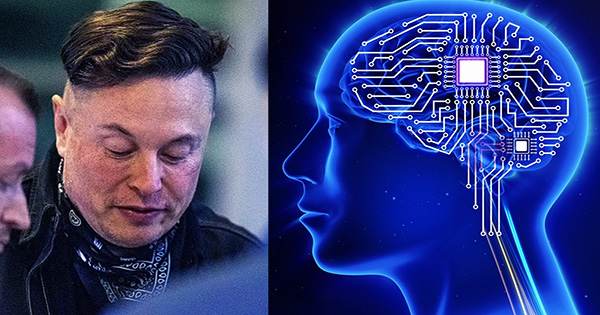 Elon Musk, the co-founder of Neuralink, a business that develops human brain-computer interface technology, has stated that his company plans to implant computer chips into human patients next year, starting with spinal cord damage patients.

The timing, which appears to be astonishingly near for such a sci-fi notion, is actually two years later than previously announced, although Musk still wants to begin human testing in 2022. Patients with no control over their limbs will allegedly be able to interact with digital gadgets using comparable technology, allowing quadriplegics to purchase groceries, speak with pals, and browse the web using just their brain waves.

Earlier this year, Neuralink displayed a monkey playing a video game using only its brain, but Musk has since acknowledged that transferring that accomplishment to people has been difficult. “Neuralink is functioning well in monkeys, and we’re really conducting a lot of testing and simply ensuring that it’s extremely safe and dependable, and the Neuralink device can be securely removed,” Musk said in an interview with Business Insider at The Wall Street Journal CEO Council Summit.

“We plan to have this in our first humans next year, pending FDA approval, who will be patients with severe spinal cord injuries like tetraplegics and quadriplegics.”

The chip works by implanting electrodes in the brain area that regulates voluntary movement, which then links to a wider array known as the Link, which can process, stimulate, and transmit neural impulses. It charges wirelessly from outside the helmet and connects wirelessly to gadgets, allowing the user to operate them without the use of simple touch controls. Human hands, according to Neuralink, are unable to implant the electrode system; therefore, they are designing a robot system to place the technology precisely where it is needed.

“I believe Neuralink has the potential to restore complete bodily functionality to someone who has had spinal cord damage.” “I believe we have a possibility – and I emphasize chance – of allowing someone who is unable to walk or use their arms to walk again naturally,” Musk concluded.

While they may be the most vocal, Neuralink is not the only company working on a brain-computer interface. Last April, BrainGate technology allowed a disabled man to control a computer only with his mind, and the results were quite promising.

Previously, most electrode arrays used a tangle of wires to connect to a computer, but both BrainGate and Neuralink will use a wireless connection to make the devices more practical in everyday life.