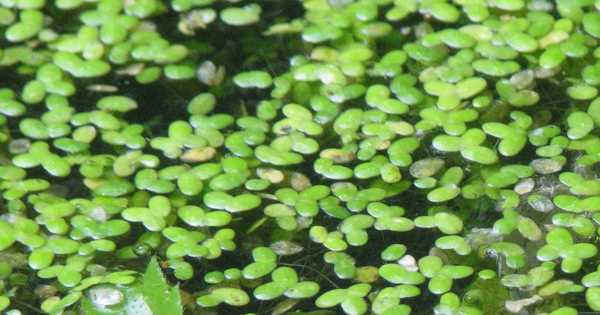 Duckweed is an important source of food for fish and waterfowl in the wild. Duckweed serves as a home for a variety of frogs and fish. It also helps to preserve the habitat by providing enough shade to prevent the growth of oxygen-robbing algae. According to a Rutgers-led study, a tiny freshwater floating plant is an excellent laboratory model for scientists to discover new strategies for growing hardier and more sustainable crops in an age of climate change and a global population boom.

“There is a need for new models to address complex molecular and ecological processes in plant biology using multidisciplinary approaches,” said senior author Eric Lam, Distinguished Professor in the Department of Plant Biology at Rutgers University-New Brunswick. “Duckweeds are perfectly suited to play a significant role in these endeavors.” The findings were published in the journal The Plant Cell.

Duckweed (family Lemnaceae), the world’s smallest flowering and fastest-growing plant, provides wildlife habitat as well as a sustainable source of food, livestock feed, and biofuel. However, if not managed properly, it can spread quickly and deprive ponds of oxygen, killing fish and beneficial algae.

Duckweed, a tiny freshwater floating plant, is an excellent laboratory model for scientists to discover new strategies for growing hardier and more sustainable crops in an age of climate change and the global population boom.

Duckweed, so named because of its global distribution (like ducks) and rapid growth (like weeds), was widely used in lab research from 1950 to 1990 before being largely replaced in the genomics era by thale cress (Arabidopsis thaliana), a model plant in the mustard family with simple genetics and a small genome.

However, advances in genomic technologies over the last decade, as well as the growing need to find alternative and more sustainable crops, have rekindled interest in duckweed as a model for enabling discoveries in fields ranging from plant biology and ecology to chronobiology.

Researchers from Rutgers, the Salk Institute, and an international team of specialists examined the anatomy, growth, physiology, and molecular characteristics of duckweed, which has characteristics that distinguish it from other model plants and make it an excellent candidate for use as a model plant to address complex biological questions. For example, genome sequences from multiple species of duckweed revealed that these aquatic plants have fewer genes than other model plant species, making duckweed a simpler plant model to characterize each gene’s function.

Furthermore, recent research from Rutgers and the Salk Institute revealed that the smallest member of the duckweed family, Wolffia, may save energy for growth by reducing the level of gene control over the daily day-night cycle.

“As a result, we believe that the duckweed plant family is an excellent platform for discovering novel strategies for improved plant growth as well as environmental responses to optimize plant resilience and productivity,” Lam said. Although duckweed has adapted to an aquatic environment, it contains all of the same genes and pathways as well-studied crop plants.

“As a result, the novel strategies learned from studying these small plants could potentially be used to re-engineer traditional crop plants to endow them with new traits,” Lam said. “Furthermore, as the commercialization of duckweed-based bioproducts gains traction, we and our co-authors are hopeful that the basic research we are conducting in the laboratory will help translate duckweed’s prodigious productivity into new sustainable crops that can supplement traditional agricultural products.”

Duckweed grows quickly. It is possible that it will spread from pond to pond on the feathers of waterfowl. When duckweed completely covers a pond, it prevents light from reaching other plants that live within the pond, which can lead to fish kills in some cases. It could be a sign of other pond issues, such as high nutrient levels. Duckweed thrives in nitrogen-rich soils.

Duckweeds grow quickly and produce a lot of new offshoots. Dense populations are an important source of food for aquatic waterfowl and fish, but they can be a nuisance to humans. Scientists have recently come to appreciate duckweeds’ rapid growth rate, and the plants are now being used for bioremediation of waterways with high levels of phosphorus and nitrogen from agricultural runoff. Duckweed harvesting as a crop can remove these pollutants while also providing valuable livestock feed or fertilizer. Researchers are also working on methods to synthesize insulin and other commercially valuable proteins using genetically modified duckweeds.