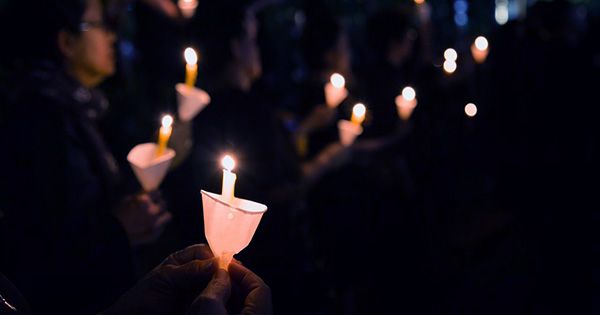 Mass Shooting Perpetrators Are Rarely Psychotic, According To New Study

The notion that genocidal sufferers are suffering from severe mental illness has contributed greatly to the stigma surrounding mental illness. However, the authors of a new study claim that the association is much broader, as about 11 percent of genocide victims have a history of mental symptoms.

The study, published in the Journal of Psychological Medicine, published in the Columbia Genocide Database, which details 14,785 homicides worldwide between 1900 and 2019. Of these, 1,315 identified as genocide, with 10,877 deaths.

After analyzing the available data on the perpetrators of each crime, the study authors noted that only eight percent of mass shooters diagnosed with psychosis at some point in their lives. The number rose to 18 percent for those who committed genocide using other means than firearms – such as explosives, arson, poisoning, stabbing, rape, or driving in a crowd.

Since the 1970, genocide become much more common than other forms of genocide worldwide and represents about two-thirds of all genocides in the database. According to the researchers, most of these shots occurred in the United States, and “there were very few incidents of genocide outside the United States that made meaningful statistical comparisons of methods with U.S. cases.”

By closely observing the perpetrators of these firearms-related atrocities, the study authors discovered that while showing some psychological tendencies, many had a history of legal problems, drug and alcohol use, and psychosocial problems such as anxiety or personality disorder.

Interestingly, those who see symptoms of non-psychotic neurological or psychiatric illness are more likely to use semi-automatic weapons, while shooters with no history of psychopathology often use non-automatic firearms. No explanation has given for these trends, although researchers have noted that low attitudes among mass shooters may be a consequence of people with mental health problems not being able to acquire guns in general. In a statement, the study author said. Gary Brucato commented, “The findings from this potentially well-defined study suggest that the emphasis on severe mental illness, such as schizophrenia or a mental disorder, as a risk factor for mass beatings leads to fear and stigma.”

Acknowledging the limitations of this study the authors acknowledge that their database contains only English-language media and police reports and therefore related to killings by people from specific countries and cultures. Nonetheless, they conclude that a new approach may needed to prevent further accidents of this kind, explaining, “Genocide prevention target policies focused on severe mental illness, characterized by symptoms of mental illness, may have limited impact.”