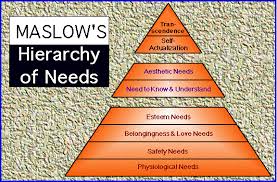 Maslow’s hierarchy of needs is a theory in psychology, proposed by Abraham Maslow in his 1943 paper A Theory of Human Motivation. Maslow subsequently extended the idea to include his observations of humans’ innate curiosity. His theories parallel many other theories of human developmental psychology, all of which focus on describing the stages of growth in humans.

Maslow studied what he called exemplary people such as Albert Einstein, Jane Addams, Eleanor Roosevelt, and Frederick Douglass rather than mentally ill or neurotic people, writing that “the study of crippled, stunted, immature, and unhealthy specimens can yield only a cripple psychology and a cripple philosophy.” Maslow studied the healthiest 1% of the college student population.

Maslow’s theory was fully expressed in his 1954 book Motivation and Personality. 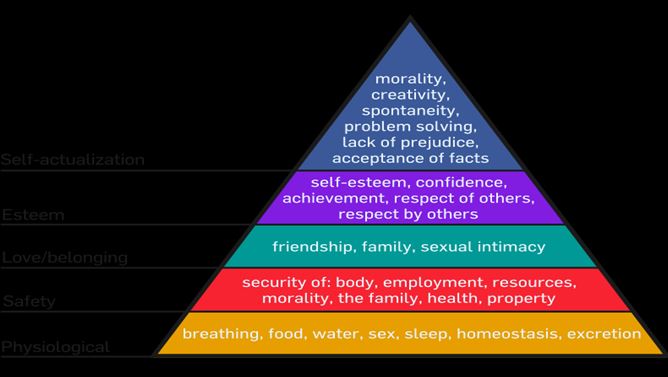 Maslow’s hierarchy of needs is often portrayed in the shape of a pyramid, with the largest and most fundamental levels of needs at the bottom, and the need for self-actualization at the top.

The most fundamental and basic four layers of the pyramid contain what Maslow called “deficiency needs” or “d-needs”: esteem, friendship and love, security, and physical needs. With the exception of the most fundamental (physiological) needs, if these “deficiency needs” are not met, the body gives no physical indication but the individual feels anxious and tense. Maslow’s theory suggests that the most basic level of needs must be met before the individual will strongly desire (or focus motivation upon) the secondary or higher level needs. Maslow also coined the term Metamotivation to describe the motivation of people who go beyond the scope of the basic needs and strive for constant betterment.[7] Metamotivated people are driven by B-needs (Being Needs), instead of deficiency needs (D-Needs).

For the most part, physiological needs are obvious — they are the literal requirements for human survival. If these requirements are not met, the human body simply cannot continue to function.

Air, water, and food are metabolic requirements for survival in all animals, including humans. Clothing and shelter provide necessary protection from the elements. The intensity of the human sexual instinct is shaped more by sexual competition than maintaining a birth rate adequate to survival of the species.

With their physical needs relatively satisfied, the individual’s safety needs take precedence and dominate behavior. In the absence of physical safety — due to war, natural disaster, or, in cases of family violence, childhood abuse, etc. — people (re-)experience post-traumatic stress disorder and trans-generational trauma transfer. In the absence of economic safety — due to economic crisis and lack of work opportunities – these safety needs manifest themselves in such things as a preference for job security, grievance procedures for protecting the individual from unilateral authority, savings accounts, insurance policies, reasonable disability accommodations, and the like.

Safety and Security needs include:

After physiological and safety needs are fulfilled, the third layer of human needs are social and involve feelings of belongingness. The need is especially strong in childhood and can over-ride the need for safety as witnessed in children who cling to abusive parents. Deficiencies with respect to this aspect of Maslow’s hierarchy – due to hospitalism, neglect, shunning, ostracism etc. – can impact individual’s ability to form and maintain emotionally significant relationships in general, such as:

Humans need to feel a sense of belonging and acceptance, whether it comes from a large social group, such as clubs, office culture, religious groups, professional organizations, sports teams, gangs, or small social connections (family members, intimate partners, mentors, close colleagues, confidants). They need to love and be loved (sexually and non-sexually) by others. In the absence of these elements, many people become susceptible to loneliness, social anxiety, and clinical depression. This need for belonging can often overcome the physiological and security needs, depending on the strength of the peer pressure; an anorexic, for example, may ignore the need to eat and the security of health for a feeling of control and belonging.[citation needed]

All humans have a need to be respected and to have self-esteem and self-respect. Esteem presents the normal human desire to be accepted and valued by others. People need to engage themselves to gain recognition and have an activity or activities that give the person a sense of contribution, to feel self-valued, be it in a profession or hobby. Imbalances at this level can result in low self-esteem or an inferiority complex. People with low self-esteem need respect from others. They may seek fame or glory, which again depends on others. Note, however, that many people with low self-esteem will not be able to improve their view of themselves simply by receiving fame, respect, and glory externally, but must first accept themselves internally. Psychological imbalances such as depression can also prevent one from obtaining self-esteem on both levels.

Most people have a need for a stable self-respect and self-esteem. Maslow noted two versions of esteem needs, a lower one and a higher one. The lower one is the need for the respect of others, the need for status, recognition, fame, prestige, and attention. The higher one is the need for self-respect, the need for strength, competence, mastery, self-confidence, independence and freedom. The latter one ranks higher because it rests more on inner competence won through experience. Deprivation of these needs can lead to an inferiority complex, weakness and helplessness.

Maslow also states that even though these are examples of how the quest for knowledge is separate from basic needs he warns that these “two hierarchies are interrelated rather than sharply separated” (Maslow 97). This means that this level of need, as well as the next and highest level, are not strict, separate levels but closely related to others, and this is possibly the reason that these two levels of need are left out of most textbooks.

“What a man can be, he must be.” This forms the basis of the perceived need for self-actualization. This level of need pertains to what a person’s full potential is and realizing that potential. Maslow describes this desire as the desire to become more and more what one is, to become everything that one is capable of becoming. This is a broad definition of the need for self-actualization, but when applied to individuals the need is specific. For example one individual may have the strong desire to become an ideal parent, in another it may be expressed athletically, and in another it may be expressed in painting, pictures, or inventions. As mentioned before, in order to reach a clear understanding of this level of need one must first not only achieve the previous needs, physiological, safety, love, and esteem, but master these needs.

Viktor Frankl later added Self-transcendence  to create his own version of Maslow’s Hierarchy.

Recent research appears to validate the existence of universal human needs, although the hierarchy proposed by Maslow is called into question.

In their extensive review of research based on Maslow’s theory, Wahba and Brudwell found little evidence for the ranking of needs Maslow described, or even for the existence of a definite hierarchy at all. Chilean economist and philosopher Manfred Max-Neef has also argued fundamental human needs are non-hierarchical, and are ontologically universal and invariant in nature—part of the condition of being human; poverty, he argues, may result from any one of these needs being frustrated, denied or unfulfilled.[citation needed]

Maslow’s hierarchy has also been criticized as being individualistic because of the position and value of sex on the pyramid. Maslow’s pyramid puts sex on the bottom rung of physiological needs, along with breathing and food. It views sex from an individualistic and not collectivist perspective: i.e., as an individualistic physiological need that must be satisfied before one moves on to higher pursuits. This view of sex neglects the emotional, familial and evolutionary implications of sex within the community. 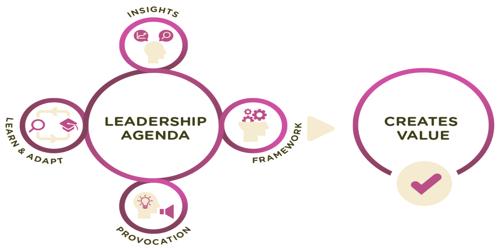 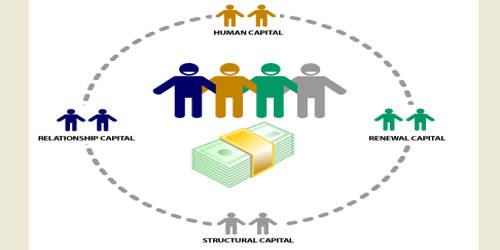