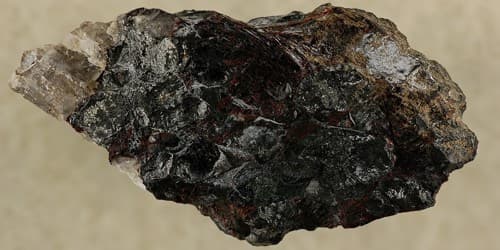 Manganosite is a rare mineral composed of manganese (II) oxide MnO. It is an isometric-hexoctahedral mineral containing manganese and oxygen. It is a cubic mineral occurring as translucent green octahedral crystals that blacken on exposure to air.

It was first described in 1817 for an occurrence in the Harz Mountains, Saxony-Anhalt, Germany. It is a mineral occurring in regular octahedrons of an emerald-green color, found at several localities in Sweden. It has also been reported from Langban and Nordmark, and at Franklin Furnace, New Jersey. It also occurs in Japan, Kyrgyzstan, and Burkina Faso. 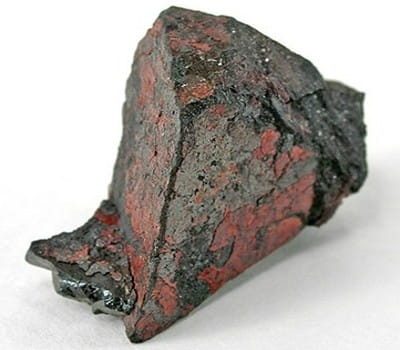 Occurrence: An alteration product of rhodochrosite or other manganese minerals, formed during oxygen-deficient metamorphism of manganese-bearing deposits; in marine manganese nodules.

It occurs in manganese nodules. It also occurs as an alteration of manganese minerals such as rhodochrosite during low oxygen metamorphism and metasomatism.