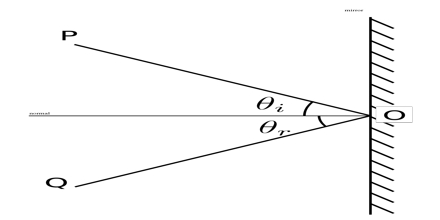 Most things we see are thanks to reflections, since most objects don’t produce their own visible light. Much of the light incident on an object is absorbed but some is reflected. the wavelengths of the reflected light determine the colors we see. When white light hits an apple, for instance, primarily red wavelengths are reflected, while much of the others are absorbed. A ray of light heading towards an object is called an incident ray. If it reflects off the object, it is called a reflected ray.

The History of Women in Space Exploration