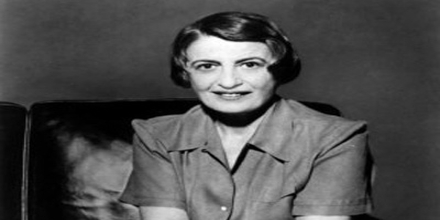 This lecture introduce on Ayn Rand. She was born in St. Petersburg, Russia, on February 2, 1905. She opposed the mysticism and collectivism of Russian culture. She witnessed both the Kerensky and Bolshevik Revolutions during her teenage years in Russia. The communist victory in Russia resulted in the confiscation of her father’s pharmacy and periods of near-starvation for her family. In late 1925 she obtained permission to leave Soviet Russia for a visit to relatives in the United States. Although she told Soviet authorities that her visit would be short, she was determined never to return to Russia, and she never did.

Loneliness and Isolation in “Of Mice and Men”