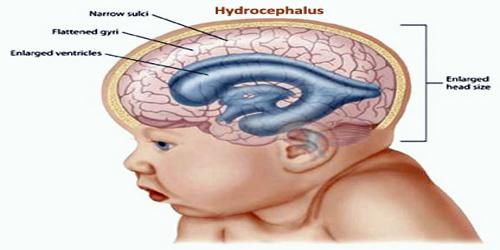 Hydrocephalus is a usually congenital condition in which an abnormal accumulation of cerebrospinal fluid in the cerebral ventricles causes enlargement of the skull and compression of and injury to brain tissue. If hydrocephalus becomes progressive, a shunt is surgically placed to reduce pressure by conducting fluid away from the brain, usually to the peritoneum. Hydrocephalus is sometime called “water on the brain.” The word “hydrocephalus” in Greek literally means “watery head.” 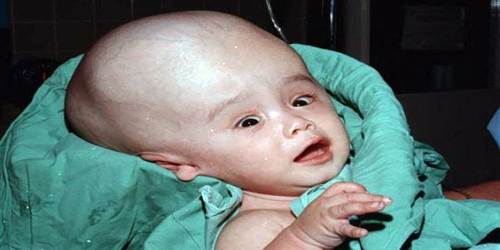 Hydrocephalus mainly occurs in children and adults over 60, but younger adults can get it too. The National Institute of Neurological Disorders and Stroke (NINDS) estimate that 1 to 2 of every 1,000 babies are born with hydrocephalus. 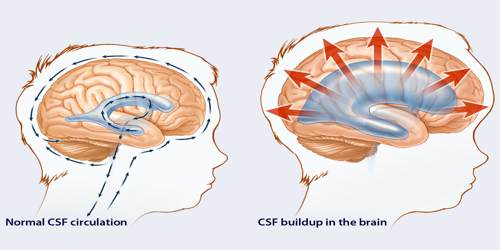 Hydrocephalus occurs when too much fluid builds up in the brain; specifically, excess CSF (cerebrospinal fluid) accumulates in the cavities (ventricles) of the brain.

There are more than 100 possible causes of hydrocephalus, but the underlying reasons are: 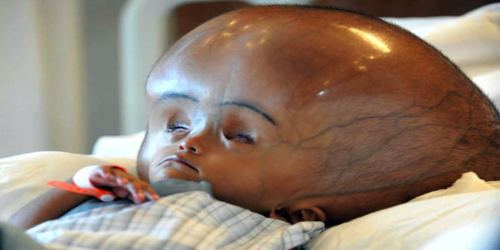 Symptoms that may occur in older children can include:

Diagnosis and Treatments of Hydrocephalus

A routine prenatal ultrasound scan may detect hydrocephalus during pregnancy in the developing fetus. After birth, the head of the baby is measured regularly. Any abnormalities in head size will probably lead to further diagnostic tests. 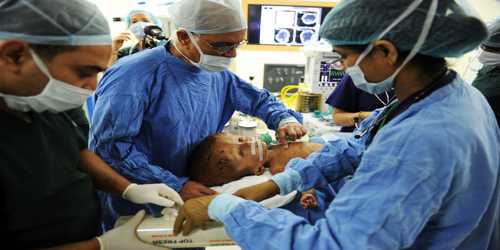 Treatment of hydrocephalus involves the insertion of a shunt to let the excess fluid exit and relieve the pressure on the brain. The shunt is a flexible, plastic tube with a oneway valve. The shunt is inserted into the ventricular system of the brain to divert the flow of CSF into another area of the body, where the CSF can drain and be absorbed into the bloodstream.

The prognosis (outlook) with hydrocephalus depends the cause and the timing of the diagnosis and treatment. Many children treated for hydrocephalus are able to lead normal lives with few, if any, limitations. In some cases, cognitive impairments in language and non-language functions may occur. Problems with shunts such as infection or malfunction require revision of the shunt. Some Diseases Spread by Mosquitoes