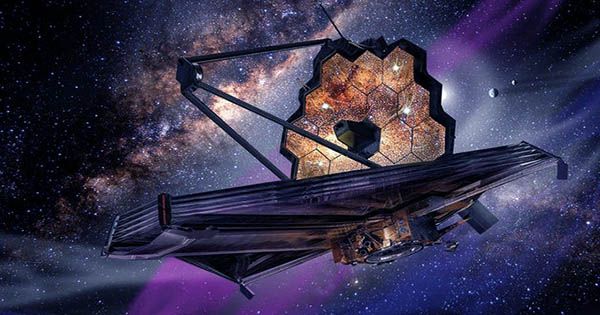 The JWST has finally reached orbit after a 14-year journey. The space telescope is currently the most powerful and biggest ever launched. At 7:20 a.m. EST, the spacecraft took off from Europe’s Spaceport in Kourou, French Guiana, in South America (12:20 GMT). After 3.5 minutes, the telescope was exposed to the emptiness of space. The launch vehicle left behind around half an hour later, the solar panels were unfolded, and the space telescope began its long trek to its ultimate orbit.

JWST will not be in a low-Earth orbit like Hubble; instead, it will be at the Sun-Earth systems second Lagrangian Point (or L2). That’s a unique location in space around 1.5 million kilometers (932,000 miles) beyond our planet, where an item placed there will orbit the Sun with the Earth without falling behind. The location is well outside the Moon’s orbit. In fact, JWST will pass through its orbit in just three days, a fraction of a second faster than the Apollo missions will. That will get you to L2 in a fourth of the time. It will take around a month to complete the entire journey to orbit, including slowing down.

NASA has dubbed it the “29 Days of Nerves.” The telescope includes 300 single-point failure components, all of which must function in order for the entire telescope to function. Because of the distance, we will not be able to return and fix it or update it until 2009, as we did with Hubble. Everything must function correctly from the start.

The sun shields that will cool the telescope will be unfurled during the first week. The telescope structures will unfold and prepare over the period of 29 days, but they will not be ready to use until they drop down to their low and stable temperatures. The telescope will next be tested and calibrated for its research purpose for the next five months, commencing in the middle of next year.

JWST will be a game-changer. Its incredible power will push our understanding of astronomy to new heights, allowing us to investigate anything from exoplanets to the furthest reaches of the cosmos. We will learn a lot more about the things we already know, and you can bet we will discover a lot of new stuff we did not know before. NASA, the European Space Agency, and the Canadian Space Agency collaborated on the observatory. It is formerly known as the Next Generation Space Telescope, but it later renamed after James Webb, a former NASA administrator during the Apollo program’s early years.

Webb’s role in the LGBT witchhunt that saw homosexual and bisexual scientists and civil workers removed from US government employment during the McCarthy years, as well as a sexist article published against women serving in the armed services, has sparked debate about the name. As a result, we refer to it as JWST instead of its entire name. Thousands of scientists have signed a petition to alter the name of the planet, which was established by Dr. Chanda Prescod-Weinstein, astrophysicist Dr. Sarah Tuttle, astronomer Dr. Lucianne Walkowicz, and astrophysicist Dr. Brian Nord. So far, NASA has declined to do so.