Following an amazing scientific discovery, reduced height, or semi-dwarf, wheat types with enhanced drought resistance may soon be planted in fields all over the world.

A new height-reducing gene, Rht13, has been identified by researchers at the John Innes Centre working with an international team of scientists. This discovery allows seeds to be planted deeper in the soil, providing access to moisture, without having the negative effects on seedling emergence seen with current wheat varieties.

To enable farmers to cultivate reduced-height wheat in drier soil conditions, wheat cultivars carrying the Rht13 gene might be quickly bred into.

“We have found a new mechanism that can make reduced-height wheat varieties without some of the disadvantages associated with the conventional semi-dwarfing genes. The discovery of the gene, its effects and exact location on the wheat genome, means that we can give breeders a perfect genetic marker to allow them to breed more climate-resilient wheat,” said John Innes Centre group leader Dr. Philippa Borrill corresponding author of the study.

According to the study, which was published in the Proceedings of the National Academy of Sciences (PNAS), the novel semi-dwarfing gene may also provide additional agronomic benefits such as sturdier stems that are better equipped to handle stormier weather.

Reduced height genes have increased worldwide wheat yields since the 1960s and the “Green Revolution” because the short-stemmed wheat they generate invests more in the grains than the stems and has better standing ability.

However, the Green Revolution genes introduced into wheat also have a big drawback: these types may not succeed in reaching the soil’s surface when they are planted deeper to get moisture in water-restricted settings.

In dry environments, the alternative reduced height gene will allow farmers to sow seeds at depth and not have to gamble on the seedlings emerging. We think the stiffer stems could result in less lodging where stems fall over and the upregulation of a pathogen related dwarfing gene may help to enhance resistance response to certain pathogens.

Because the Rht13 dwarf gene activates in cells higher up in the wheat stem, it solves the issue of seedling emergence. Therefore, the dwarfing mechanism doesn’t kick in until after the seedling has fully sprouted. Farmers now have a sizable advantage when they plant deeper in dry weather.

The discovery of the Rht13 dwarfing gene was made possible by recent advances in wheat genomic research, principally the publication in 2020 of the Pan Genome, an atlas of 15 wheat genomes collected from around the world.

Earlier studies had identified the Rht13 locus the region of DNA as located on chromosome 7B on the wheat genome but the underlying gene had not been identified.

In collaboration with the group of Wolfgang Spielmeyer at CSIRO Australia, researchers used RNA and chromosome sequencing to track down the new semi-dwarfing gene.

A single letter change was discovered in a DNA sequence, and this variant in the Rht13 locus encodes an autoactive NB-LRR gene, a defense-related gene that is always turned on.

Experiments testing the effects of the gene in a range of transgenic wheat plants confirmed that the Rht13 variation represents a new class of reduced height gene more commonly associated with disease resistance as opposed to widely used Green Revolution genes (Rht-B1b and Rht-D1b)) which are associated with hormones and therefore affect overall growth.

“This is an exciting discovery because it opens a new way to use these autoactive NB-LRR genes in breeding in agriculture,” explains Dr. Borrill. “In dry environments, the alternative reduced height gene will allow farmers to sow seeds at depth and not have to gamble on the seedlings emerging. We think the stiffer stems could result in less lodging where stems fall over and the upregulation of a pathogen related dwarfing gene may help to enhance resistance response to certain pathogens.”

The next step for this research will be to test how this gene works in diverse agronomic environments from the UK to Australia. The study team is also examining the mechanism at action and probing the possibility that the cell wall’s inability to elongate is due to molecular constraints.

Analysis on Problems of Agriculture Business in Nepal 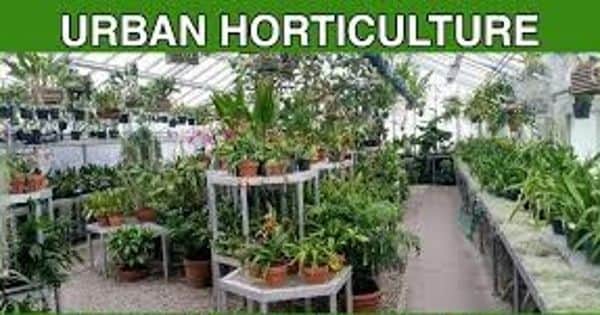 Urban horticulture – the study of landscape in cities