The National Institute of Standards and Technology (NIST) scientists have built grids of the minuscule atomic clusters known as quantum dots and investigated what occurs when electrons enter these atomic islands.

The researchers created several 3-by-3 grids of properly spaced quantum dots that each contained one to three phosphorus atoms in work that was published in Nature Communications. The grids had electrical leads and other parts attached to them that allowed electrons to move across them.

With little interference from the impacts of real-world materials, the grids offered environments where electrons could behave in virtually ideal, textbook-like settings. As they changed variables like the distance between the dots, the researchers injected electrons into the grids and watched how they behaved.

The electrons tended to spread out and behave like waves in close-packed grids, effectively being in multiple locations at once. They would occasionally become caught in individual dots when the dots were spaced widely apart, similar to how electrons do in materials with insulating characteristics.

Researchers may investigate the behavior of electrons in regulated surroundings with a level of precision that would be impossible for even the most powerful conventional computers to accurately mimic. Advanced versions of the grid would make this possible.

It would make it possible to create fully functional “analog quantum simulators” that could reveal the properties of unusual materials like high-temperature superconductors. By manipulating the shape of the quantum dot array, it might also offer suggestions on how to make materials like topological insulators.

The same NIST researchers improved their fabrication technique in a related study that was recently published in ACS Nano, enabling them to reliably produce an array of identical, evenly spaced dots with precisely one atom each. This creates even more ideal environments that are required for a fully accurate quantum simulator.

The goal of the researchers is to create such a simulator using a larger grid of quantum dots because even the most sophisticated supercomputers cannot imitate the rich electron behavior that can be produced by a 5×5 matrix of dots. 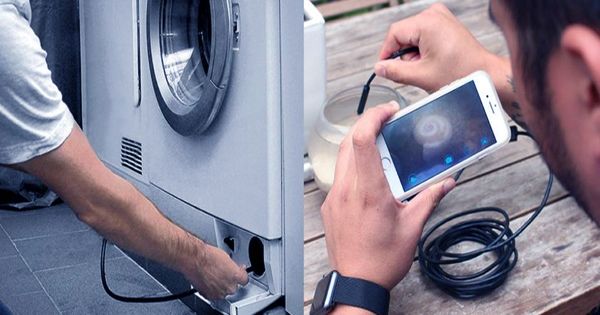 See it all with this HD Endoscope Camera for Under $50