A new method for steering compressed light waves in ultra-thin van der Waals crystals has been successfully demonstrated by researchers from KAIST and their collaborators at home and abroad.

Their ability to efficiently direct mid-infrared light may open up new possibilities for using ultra-thin dielectric crystals in next-generation optoelectronic devices that rely on potent light-matter interactions at the nanoscale.

Recently, it was shown that by placing the material on top of a highly conductive metal, the phonon-polaritons in thin van der Waals crystals can be compressed even more. Charges from the polaritonic crystal are “reflected” in the metal in this situation, and their interaction with light produces a new class of polariton waves known as image phonon-polaritons.

Strong light-matter interactions are provided by highly compressed picture modes, but they are impractical to use because of how sensitive they are to substrate roughness.

Due to these restrictions, four research teams collaborated to create a novel experimental platform combining cutting-edge fabrication and measurement techniques. Their research was released on July 13, 2022, in Science Advances.

In order to directly measure the optical fields of the hyperbolic image phonon-polaritons (HIP) propagating in a 63 nm-thick slab of hexagonal boron nitride (h-BN) on a monocrystalline gold substrate, a research team from KAIST led by Professor Min Seok Jang from the School of Electrical Engineering used a highly sensitive scanning near-field optical microscope (SNOM), which revealed the mid-infrared light waves in di

For the first time, Professor Jang and Sergey Menabde, a research professor in his lab, were able to detect a signal from the ultra-compressed high-order HIP in a standard h-BN crystal. They did this by effectively obtaining direct images of HIP waves traveling for several wavelengths. They demonstrated that it is possible to increase significantly the compression without reducing the lifespan of the phonon-polaritons in van der Waals crystals.

This was made possible by the home-grown gold crystals employed as a substrate for the h-BN having atomically flat surfaces. A low-loss environment is created for the HIP propagation by practically negligible surface scattering and incredibly minimal ohmic loss in gold at mid-infrared frequencies.

Our research demonstrated the advantages of image polaritons, and especially the image phonon-polaritons. These optical modes can be used in future optoelectronic devices where both the low-loss propagation and the strong light-matter interaction are necessary. I hope that our results will pave the way for the realization of more efficient nanophotonic devices such as metasurfaces, optical switches, sensors, and other applications operating at infrared frequencies.

The HIP mode that the researchers investigated had a lifetime that was comparable to the phonon-polaritons with a low-loss dielectric substrate but was 2.4 times more compressed, giving it a twice greater figure of merit in terms of the normalized propagation length.

The team of Professor N. Asger Mortensen from the Center for Nano-Optics at the University of Southern Denmark chemically generated the ultra-smooth monocrystalline gold flakes utilized in the experiment.

The ultra-compressed phonon-polariton fields, on the other hand, can provide strong light-matter interactions at the microscopic level, thereby significantly improving the detection limit down to a single molecule. Conventional detection methods, on the other hand, require a large number of molecules for successful operation. The HIP on monocrystalline gold has a long lifetime, which will enhance detection performance even further.

In addition, the research carried out by Professor Jang and his team revealed a startling likeness between the HIP and the picture graphene plasmons. Despite having electromagnetic fields that are noticeably more tightly packed, neither image mode’s lifespan is impacted by the reduced polariton wavelength.

This finding broadens our understanding of image polaritons in general and emphasizes how they outperform low-dimensional polaritons in van der Waals crystals on a dielectric substrate in terms of waveguiding nano light.

Professor Jang said, “Our research demonstrated the advantages of image polaritons, and especially the image phonon-polaritons. These optical modes can be used in future optoelectronic devices where both the low-loss propagation and the strong light-matter interaction are necessary. I hope that our results will pave the way for the realization of more efficient nanophotonic devices such as metasurfaces, optical switches, sensors, and other applications operating at infrared frequencies.”

The National Research Foundation of Korea and the Samsung Research Funding & Incubation Center of Samsung Electronics provided funding for this study (NRF). The work was additionally financed by the Korea Institute of Science and Technology, the Ministry of Education, Culture, Sports, Science, and Technology of Japan, and The Villum Foundation of Denmark.

A More Powerful Black Hole Laser Could Prove a Complicated ‘Theory of Everything.’ 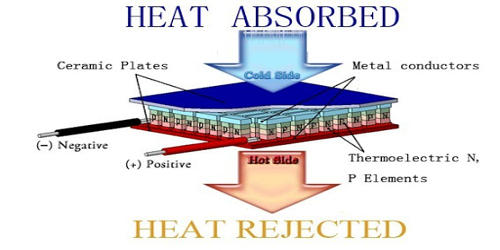