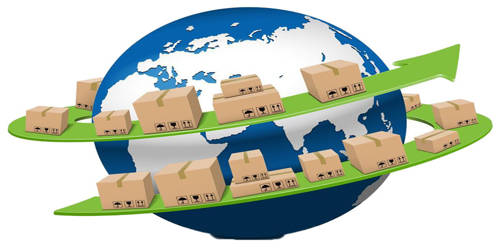 Entrepot Trade means importing goods from a foreign country with the purpose/motive of exporting them to another country at a higher price. It is a trade of transshipment. It refers to a trade in one center for the goods of other countries. In this trade, goods are imported for the purpose of re-exporting them to some other country so that the-country or the’ place of first import acts as an intermediary. It is a process in which goods are imported in one country with the express purpose of having them end up in a different country. Merchandise can be imported and exported without paying import duties in entrepot trade. It is a combination of export and import trade and is also known as Re-export. It means importing goods from one country and exporting it to another country after adding some value to it. The important centers for entrepot trade are London, Hong Kong, Amsterdam, and Singapore.

If goods are imported from one country with the purpose of re-exporting to another, it is called Entrepot trade. It is the import and export of goods which receive no further processing but are distributed from the entrepot facility which is chosen for its location and lack of restrictions on trade. Import duty is not levied on these goods. For example, if an Indian company imports rubber from Thailand and exports it to Japan then it is called Entrepot trade for India.