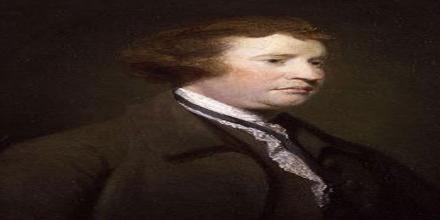 Edmund Burke, Author, Orator, Political Theorist, and Philosopher was born in 12 January 1729 Dublin, Ireland. He was an British statesman, parliamentary orator and political thinker, played a prominent part in all major political issues for about 30 years after 1765, and remained an important figure in the history of political theory. He entered Trinity college, Dublin, in 1744, and came to London in 1750. Burke’s A Vindication of Natural Society was published in 1756 and in 1757 A Philosophical Inquiry into the Origin of Our Ideas of the Sublime and Beautiful appeared. In the nineteenth century Burke was praised by both conservatives and liberals. Subsequently, in the twentieth century, he became widely regarded as the philosophical founder of modern conservatism. In December 1765, Burke entered the House of Commons of the British Parliament as Member for Wendover, a pocket borough in the gift of Lord Fermanagh, later 2nd Earl Verney and a close political ally of Rockingham. He supported the attempts of Sir George Savile to repeal some of the penal laws against Catholics. Burke also called capital punishment “the Butchery which we call justice” in 1776 and in 1780 he condemned the use of the pillory for two men convicted for attempting to practice sodomy. For this support unpopular causes, notably free trade with Ireland and Catholic Emancipation, led to Burke losing his seat in 1780.