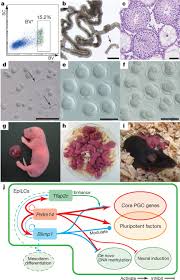 In the previous chapter, fertility trends and patterns were reviewed. In this section, attention turns to the direct or physiological determinants of fertility. The factors that determine fertility can be placed into major categories – biological and social. The biological component refers to the capacity to reproduce, usually called fecundity.

Cultural and economic factors do not affect fertility directly; they influence another set of variables that determine the rate and the level of childbearing. One of the major demographic advances of the last 15 years has been the development of a crude but simple method to express the fertility reducing impact of the major direct determinants of fertility. (See, e.g. Bongaarts 1982). These are:

To be sure, there are many other physiological determinants, but they are thought to be relative invariant over space-time. Largely, therefore, differences in the fertility of the large population changes over time can be explained by references to the four main determinants listed here. Each of them will be considered to now.

The legal union of two persons of opposite sex dually solemnized by certain religious norms for the purpose of leading conjugal life, production of offspring and establishment of family is defined as marriage. Marriage is essentially a reproductive union and in most societies, reproduction is normatively restricted to married couples only. From the demographic point of view marriage is the event that marks the beginning of the potential period of childbearing. The age at which women enter into stable sexual unions (through marriage) determines the lengths of reproductive life span and hence number of children women potentially can bear.

In most populations, actual fertility of women is substantially lower than the potential fertility. Marriage contributes significantly to this reduction in potential fertility. A study using data from World Fertility Survey (WFS) showed that martial exposure is one means through which substantial reductions in potential fertility are achieved in all groups of countries covered in most cases, 35-40 percent of the total reduction is due to this source (UN 1987). Nuptiality has received relatively less attention in terms of its effect on fertility than contraception. This arises partially from the fact that on most Thirds World countries family planning programs were directed towards married couples with the aim of reducing marital fertility (Freeman, 1979). In Bangladesh, as in most Asian countries, childbearing outside of marriage is very rear, thus the age at which men and women marry, the proportions who remain single and the frequently of divorce widowhood are all potentially powerful influences on fertility level.

East Bengal has a long tradition of very early and universal marriage for female, together with a large age difference between husband and wife. The precocity of marriage has been a subject of concern for successive governments, which have legislated against young marriages with little success. For instances, the Child Marriage Act of 1929 banned unions below age 14. Thirty years later, the mean age of marriage was still below this legal minimum. As we shall see, changing ideas and economic forces have largely succeeded where legislation failed. The main sources of information on age at marriage are censuses. Censes data on marital status by age group can be converted into indicators of mean marriage age using the method proposed by Hajnal (1953). The results, given in the table 4.2 reveals a longstanding upward drift in age at marriage for both men and women, with a slight attenuation of the large age differences between bride and groom. The mean age at marriage for women has increased from bout 14 year in the 1950s and 1960s to about 18 years in 1989 and 20 years in 2006

Rising age, a t marriage has been almost universal features of demographic change in Asia over the last 20 years, and Bangladesh clearly no exception. Increased female education and employment opportunities, together with changing ideas about choice of a spouse, are usually proposed as the underlying causes. In Bangladesh, such socioeconomic influences may be less important than inherently demographic forces. As a reflection of rapid population growth, younger cohorts are considerably larger than older cohorts are. Because of the tradition in Bangladesh that women marry men much older than they marry themselves, there is a numerical shortage of eligible bridegrooms. For instance, 4 million females age 15-19 were enumerated in the 1981 census compares to only 3.24 million men age 20-24 a ratio of 123 females to 100 males.

This imbalance represents an unfavorable marriage market for women. Parents face problems in finding suitable husbands for their daughters. Marriages are thus delayed. Another consequence is a shift in marriage transactions whereby the bridegroom’s family demands a large dowry. Both anecdotal and empirical evidence indicates that this is happening (Lindenbaum 1981)

The modern methods of contraception are in fact technologies, which apparently gave women the ‘right’ to control her reproductive behavior. Women in the early twentieth century launched births control. This demand was certainly radical from the feminist point of view and perhaps genuine in those times. Nevertheless, it is also true that women have demanded reproductive rights before they could gain recognition in the society as human being or as a person. They did not fight enough to establish themselves in the society and against the patriarchal oppression. The society responded to their demands by offering various methods of birth control to be used by women were happy to get it and thought that they have gained “reproductive rights”. In the context of western society, perhaps this, a reproductive right bears some meaning, but it has no meaning at all to the majority of women in Bangladesh. The processes of poverty and underdeveloped have reduced their life to margin thinly above death by chronic starvation. For the minority of middle and upper class women, the acceptance of modern methods of contraception was somewhat an imitation of the west without having the reproductive rights.

Breast-feeding is the focus of rapidly growing interest in the developing countries because of its important implications not only for health of children, who are breastfeed, but also on fertility levels. Recent research has documented the benefits of breastfeeding as an inexpensive and appropriate source of nutrients and to stimulate strong emotional relationship between mother and child, breast milk provides immunological protection against common childhood illness and it has a significant impact on reducing infant and child mortality (Hacht, Da Vanzo and Butz, 1989, Cunningham. 1988).

Aside from these major roles, breastfeeding is equally important in controlling fertility in developing countries. It is well known by both researchers and mothers that the process of breast-feeding can affect the probability to conceive Demographic analysis have demonstrated that in populations without access to modern form of contraception, birth intervals are determined principally by the duration of breast-feeding. (Bongaarts and Potter, 1983). In Asia and Africa, breast-feeding has been shown to inhibit an average of four potential births (representing 25percent of the total fecundity) per women (Thapa, Short and Potts; 1988).

Following a pregnancy a women remains infecundable (i.e., unable to conceive until the normal pattern of ovulation and menstruation is restored. The duration of the period of infecundability is a function of the duration and intensity of lactation. A number of recent investigators have clarified the physiological mechanism through whish breast-feeding influence ovulation. The period in which normal pattern of ovulation and menstruation is absent due to child’s birth is known to as postpartum amenorrhea. Without breastfeeding, the average amenorrhea period duration of amenorrhea increases to some extent, but not at a constant rate. Additional month of breastfeeding may therefore extend the period of no exposure to the risk of conception and thereby declines fertility.

Very little information is available on the prevalence of abortion in Bangladesh. Except in very few circumstances’, such an s pregnancy from rape or threat to the mother’s life, abortion is illegal in Bangladesh. Due to these legal complications, hospitals do not keep correct or complete records on abortion related services of treatment.

Anecdotal evidence suggests that abortion is common in rural areas of Bangladesh. However, lack of data makes it impossible to estimate the true rate. In rural areas, indigenous practitioners who refuse to identify themselves to investigators due to legal and social constraints, thus making the data gathering process even more difficult, perform abortion. In cases where these practitioners have been interviewed, the information provided is incomplete because none keeps ant records of the number of abortions each has performed.

Hospital records also suggest that abortions are common in rural Bangladesh. (Obaidullah 1981) estimated that approximately 17 percent of total pregnancies were terminated by induced abortion during the year 1978-80. According to the authors, they provide the estimated abortion is low since the information they were able collect was incomplete awing to abortions illegally, ethical unacceptability and cultural reasons.

In a recent study, Ahmed et.al. (1996) observed that during the period 1982-1991, there were 1183 induced abortion among 22500 women of reproductive age over a nine years period in Matlab comparison area. Using this information about induced abortion, Islam teal (1996) estimated the total induces abortion rate as 0.18, which they argued that due to likely under reporting, this estimate should be taken as a lower bound of the total abortion rate in Bangladesh.

In Bangladesh, the ministry of health and family planning promotes Menstrual Regulation (MR) services as a method of menstrual regulation. In recent years, several government and nongovernment clinics have been providing MR services. Some private clinic perform abortion in cover MR and despite the restrictive laws every years a considerable number of women in Bangladesh. Tale reason to pregnancy termination (Khan Et. al.1986). Records of clinics suggest a rising trend of MR in Bangladesh.

Therefore, induced abortion is not negligible in Bangladesh. The incidence of induced abortion play substantial role in fertility decline and for this reason it attracts the attentions of researchers.