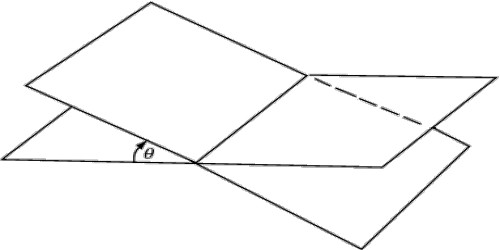 When the dihedral angle between two planes is zero, it indicates that instead of intersecting, these planes are parallel to each other. Thus, calculating dihedral angle can be very useful in order to prove two planes parallel.