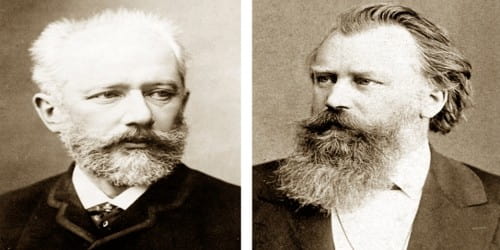 In early May, if you listened closely, you may have heard the music. It might have been a chord or two, and you may have heard the melodies in the flocking birds. When the trees began to dance, you knew the music had truly begun, and the whole world had started to feel the rhythms, to sway and swing. By the seventh of May, the whole world had filled with a glorious song — did you hear it? Some of you may wonder why it was that on that day you could not help but dance.

May 7 is the day two extraordinary composers were born. Some say they’ve seen on that day the ghosts of Johannes Brahms and Peter Ilyich Tchaikovsky, Brahms round and bearded, Tchaikovsky tall and impeccably dressed, both lifting their arms to conduct their wildest, most untamed notes.

On May 7, 1833, in Hamburg, Germany, Johannes Brahms was born. The notes filled his house from the beginning, and Johannes would take them on musical journeys that filled the world with song. Another seven years passed, and when May 7 came again in 1840, Peter Ilyich Tchaikovsky, the inspired craftsman of melody and orchestration, was born in Votkinsk, Russia.

Close your eyes and you will probably hear one of the world’s sweetest melodies, Brahms’ lullaby, as it wafts through the soft springtime air. As dusk falls, you may hear cymbals crash as Tchaikovsky’s “1812 Overture” begins.

Brahms and Tchaikovsky shared a birthday, and each brought us marvelous music, but in other ways, the two men were nearly opposites.

Brahms learned music from his father, Jakob, who arranged music for his light orchestra and played the double bass. From the age of 7, Johannes studied piano, and by the time he was 13 he was learning theory and composition. By 15, though still a student, he was earning living playing music. And in 1853 he began to tour with the Hungarian violinist Remenyi. As they traveled, Brahms began to write what would become among the world’s most popular musical compositions. Brahms moved to Vienna, and it was there that he first met two of his most important artistic friends, Robert and Clara Schumann.

Peter Ilyich Tchaikovsky was moved by the notes from his youngest days, but his father did not think the study of music serious enough for his son. Eventually, he sent Peter to study law, and in 1859 Peter landed a job as a government clerk, trying hard to stifle his musical dreams.

When Tchaikovsky’s mother passed away in 1860, his passion took over. In 1861 he entered the St. Petersburg Conservatory, studying composition with Anton Rubinstein, then Russia’s most esteemed pianist and composer. When he graduated in 1865, he began to teach harmony at the Moscow Conservatory and started writing his overtures, quartets, and symphonic works.

Eleven years later, Tchaikovsky had a most fortunate encounter. A wealthy widow named Nadezhda von Meck commissioned several works from him, and for 13 years, though the two never met, Madame von Meck covered the composer’s living expenses, allowing him to devote all of his energy and time to composition.

Quiet now; you can hear their notes, can’t you? And can you see them conducting? Imagine Brahms with his shaggy beard and long gray hair and those big, baggy clothes that he wore. You may think he looks like a hedgehog; others did, though that was also the name of the restaurant he most loved in Vienna. And you may see Peter, dressed in the finest of clothes, a sad look on his face but his mind whirling with notes — with the Fourth Symphony, the Violin Concerto in D, or his famous scores for the ballets “Sleeping Beauty,” “Swan Lake” and “Nutcracker.”

Brahms loved old-fashioned, classical forms and composers. Imagine him with his collection of musical works by Mozart and Beethoven and others clutched to his chest. His music wasn’t popular at first, and he always lived simply. He woke at 5 every morning and walked in the woods, listening to the birds singing. For 10 long years, he struggled on his first symphony, and his manuscripts were meticulous. “It (composing) does not just come to you! It is torture!” he once said.

Tchaikovsky, too, lived a quiet life, and sometimes, when he was composing, he would forget to eat or sleep. One night, in a fit of despair, he burned his diary, for he did not wish people to know his secrets.

But we do not need to know the great composers’ secrets; we can hear all they wanted us to know when we listen to their wonderful music, and this month we can all sit back and thank the stars that some of us can make music and that all of us can enjoy the beauty these two men gave to the world. 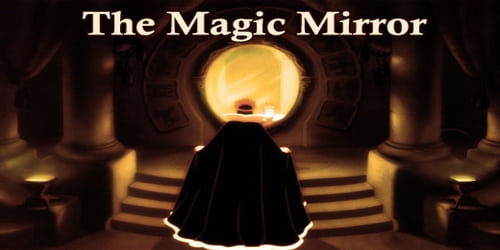 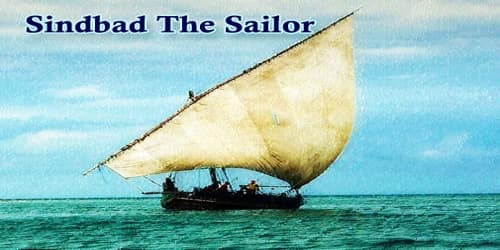 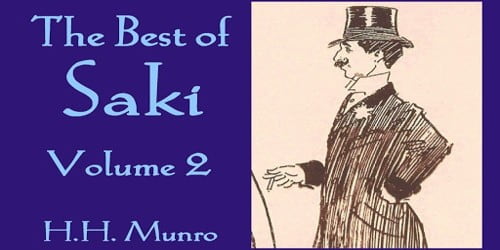 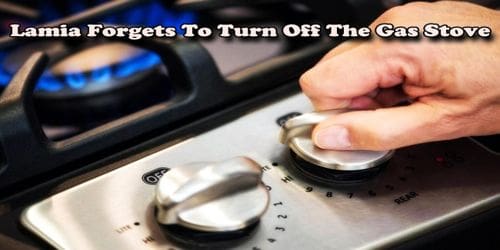 Lamia Forgets To Turn Off The Gas Stove