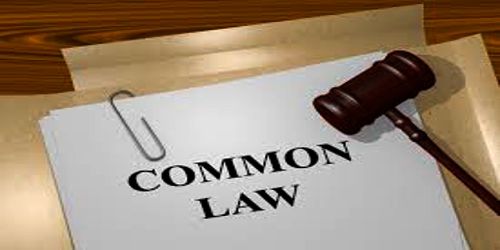 Common Law: Common law (also known as case law or precedent) is law developed by judges through decisions of courts and similar tribunals (as opposed to statutes adopted through the legislative process or regulations issued by the executive branch. A “common law system” is a legal system that gives great precedential weight to common law, on the principle that it is unfair to treat similar facts differently on different occasions. The body of precedent is called “common law” and it binds future decisions. Common law the body of law developed by judges, courts, and similar tribunals. The defining characteristic of “common law” is that it arises as precedent. In cases where the parties disagree on what the law is, a common law court looks to past precedential decisions of relevant courts, and synthesizes the principles of those past cases as applicable to the current facts.

The term common law can refer to two things. Common law often refers to laws that are based on the customs and principles of society, which are used in court case decisions in situations not covered by civil law statutes. These decisions set a precedent that must be applied to future cases on the same subject. The common law is the body of law formed through court decisions, as opposed to law formed through statutes or written legislation. A common law system is the system of jurisprudence that is based on the doctrine of judicial precedent, the principle under which the lower courts must follow the decisions of the higher courts, rather than on statutory laws. 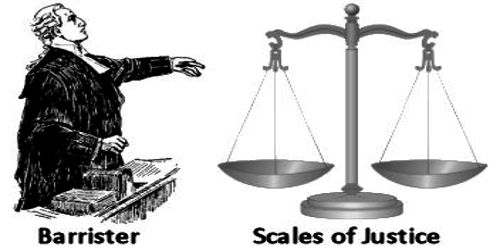 Common law is a term that was originally used in the 12th century, during the reign of Henry II of England. The ruler established secular tribunals, with the goal of establishing a unified system of deciding legal matters. The King’s judges in these tribunals respected the decisions of one another, such decisions creating a unified “common” law throughout England. The precedent set by the courts through the 12th and 13th centuries were often based on tradition and custom, and became known as a “common law” system.

Common law in the United States dates back to the arrival of the colonists, who brought with them the system of law with which they were most familiar. Following the American Revolution, the newly formed states adopted their own forms of common law, separate from the federal law.

Initially, common law was founded on common sense as reflected in the social customs. Over the centuries, it was supplanted by statute law (rules enacted by a legislative body such as a Parliament) and clarified by the judgments of the higher courts (that set a precedent for all courts to follow in similar cases). These precedents are recognized, affirmed, and enforced by subsequent court decisions, thus continually expanding the common law.

Under a common-law system, disputes are settled through an adversarial exchange of arguments and evidence. Both parties present their cases before a neutral fact finder, either a judge or a jury. The judge or jury evaluates the evidence, applies the appropriate law to the facts, and renders a judgment in favor of one of the parties. Following the decision, either party may appeal the decision to a higher court. Appellate courts in a common-law system may review only findings of law, not determinations of fact.

Common law draws from institutionalized opinions and interpretations from judicial authorities and public juries. Similar to civil law, the goal of common law is to establish consistent outcomes by applying the same standards of interpretation. In some instances, precedent depends on the case-by-case traditions of individual jurisdictions. As a result, elements of common law may differ from district to district.

It was one of the earliest means for the adjudication of disputes and administration of justice.

The common law as it were provided justice for the people before the development of equity. As a result, it was regarded as a tool in the hands of the judges, which was exercised under the prerogative of the monarch.

It evolved several writs for the adjudication of disputes. This was the direct effect of the unending complaints from the people. As such, it provided the action for the recovery of land known as ‘real actions’. This enabled claimants to recover their lands at common law.

One of the most obvious weaknesses of the common law was that it offered remedy to only one problem (monetary) damages; and this was always readily not available. Again, an action could only be started in the Royal courts by a writ purchased from the office of the chancellor.

Since the existence of a common law right depended on there being a procedure for enforcing that right, an action could only be brought if an appropriate writ already existed which covered the facts of the case. Similarly, the procedure for successfully bringing an action was very formal, rigid and therefore leading to delays. It was also too expensive to bring an action.

It did not recognise certain rights, such as the borrower’s right under a mortgage or trusts. For example, if the date for the repayment of a mortgage had passes, the lender regained ownership; even when the borrower was able to pay back the loan.