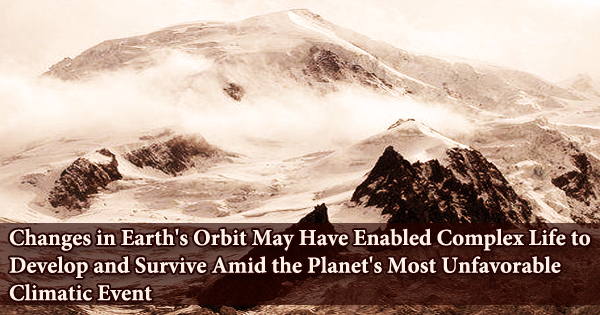 There are two ways in which the earth moves. Earth orbits on its axis once a day and circles the sun once a year. The earth’s orbit revolves around the sun in a circle. At the same time that it orbits the sun, the Earth rotates. This is referred to as spinning on its axis in science. We have seasons, day and night, and varying shadows throughout the day because the Earth circles the sun and spins on its axis at the same time.

Changes in Earth’s orbit may have allowed complex life to develop and survive amid the planet’s most hostile climatic event, according to scientists at the University of Southampton. The researchers studied a sequence of rocks laid down when most of Earth’s surface was covered in ice during a severe glaciation known as ‘Snowball Earth,’ which lasted over 50 million years and was led by colleagues from the Chinese Academy of Sciences, Curtin University, University of Hong Kong, and the University of Tübingen. The researchers’ results were reported in Nature Communications.

“One of the most fundamental challenges to the Snowball Earth theory is that life seems to have survived,” says Dr Thomas Gernon, Associate Professor in Earth Science at the University of Southampton, and co-author of the study. “So, either it didn’t happen, or life somehow avoided a bottleneck during the severe glaciation.”

The sun appears to move across the sky as the world revolves, yet it is the earth that is spinning. One rotation takes 24 hours to complete, which is why there are 24 hours in a day. The earth rotates on its axis while concurrently orbiting the sun. The earth takes a little more than 365 days to complete a full orbit around the sun.

The study team traveled to the outback of South Australia in quest of kilometer-thick blocks of glacier rocks that originated 700 million years ago. Australia was closer to the equator during the period and was famed for its tropical weather. The rocks they investigated, on the other hand, reveal unambiguous evidence that ice sheets stretched all the way to the equator at the time, indicating that the Earth was fully encased in an icy shell.

The researchers focused on “Banded Iron Formations,” which are sedimentary rocks with alternating layers of iron-rich and silica-rich material. These boulders were deposited alongside gigantic ice sheets in an ice-covered ocean.

The frozen ocean would have been completely shut off from the atmosphere during the snowball glacial. Many climatic changes that occur naturally would not have occurred if the sea and air did not interact.

“This was called the ‘sedimentary challenge’ to the Snowball hypothesis,” says Professor Ross Mitchell, professor at the Chinese Academy of Sciences in Beijing, China, and the lead author. “The extremely varied rock strata appeared to have cycles that resembled climatic cycles related to ice sheet advance and retreat.”

Such unpredictability was considered to be incompatible with a Snowball Earth that encased the whole ocean in ice. “The iron comes from hydrothermal vents on the seafloor,” added Gernon. “Normally, any iron in the atmosphere is oxidized quickly, therefore Banded Iron Formations do not form. However, because the ocean was blocked off from the air during the Snowball, enough iron accumulated for them to develop.”

The researchers discovered that the layered rock archives maintain evidence for virtually all orbital cycles using magnetic susceptibility, a measure of the amount to which rocks get magnetized when subjected to a magnetic field.

The geometry of Earth’s orbit around the sun varies throughout time, as does the tilt and wobble of its spin axis. These astronomical cycles influence climate by altering the quantity of incoming solar energy that reaches Earth’s surface.

“Even though Earth’s climate system behaved very differently during the Snowball, Earth’s orbital variations would have been blissfully unaware and just continued to do their thing,” explains Professor Mitchell.

The researchers came to the conclusion that variations in Earth’s orbit caused ice sheets to wax and wane, allowing occasional ice-free areas to form on snowball Earth.

Professor Mitchell explained, “This finding resolves one of the major contentions with the snowball Earth hypothesis: the long-standing observation of significant sedimentary variability during the snowball Earth glaciations appeared at odds with such an extreme reduction of the hydrological cycle.”

The findings assist to explain why sedimentary rocks from this epoch exhibit signs of flowing water at the Earth’s surface when this water should have been trapped up in ice sheets. Dr. Gernon states: “This observation is important because complex multicellular life is now known to have originated during this period of the climate crisis, but previously we could not explain why.”

“Our study points to the existence of ice-free ‘oases’ in the snowball ocean that provided a sanctuary for animal life to survive arguably the most extreme climate event in Earth history,” Dr Gernon concluded.