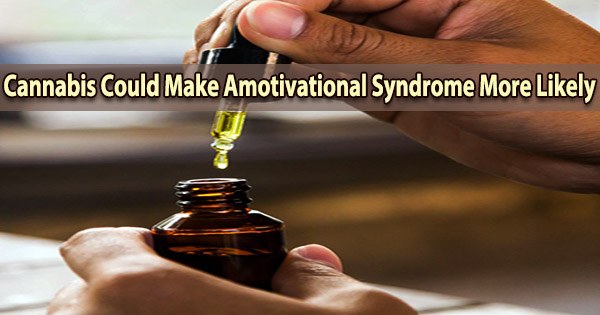 I had never considered the possibility of an amotivational syndrome brought on by cannabis. Naturally, I was aware with the stereotype of stoners who were couch-locked into inactivity, but this could be due to a number of other conditions besides amotivational syndrome. Besides, I could not imagine how motivation could be measured objectively.

The gestalt therapist Fritz Perls was known for using a famous exercise to illustrate how difficult it is to measure motivation. People were given pillows, and he instructed them to pretend to drop them. People continued to clutch the pillow despite their various writhing positions. They couldn’t objectively convey their purpose to throw the pillow in a compelling manner. Motivation is an internal, largely subjective experience.

Then Meghan Martz, at the University of Michigan, published research that changed my mind. Martz employed a delayed monetary reward methodology, which involved giving participants a straightforward computer task with the promise of cash incentives at the conclusion of the test a lower incentive for subpar performance and a bigger incentive for excellent performance.

Martz utilized functional magnetic resonance imaging (fMRI) to monitor activity in a small region of the brain known as the nucleus accumbens, the reward center, while participants watched the computer screen and pressed a button whenever a stimulus appeared, before receiving any payment. She tested individuals three times, at ages 20, 22, and 24. She also recorded their report of marijuana use at each age.

Martz concluded that the effects of long-term cannabis use results in a general blunting of reward response. While it is possible to argue that cannabis leads to enlightenment and liberation from materialistic pursuits, a closer examination of nucleus accumbens function suggests something else.

First, the word “reward” should not be interpreted as pleasure. Evolution gave rise to the nucleus accumbens in order to increase the likelihood of survival. Behaviors such as exercise, eating, and sexual activity pump dopamine into the nucleus accumbens. Increased dopamine means the behavior producing it is more likely to be repeated.

Second, the nucleus accumbens’ cellular structure is altered by dopamine levels that are elevated due to drugs. This new framework alters what is rewarded and, consequently, what is valued and sought after. We call this “salience.”

Martz demonstrated that the salience conferred by the nucleus accumbens onto a delayed cash reward had diminished over time for regular cannabis users. This would have an obvious impact on motivation, ergo an amotivational syndrome based on reward deficit. Blunted anticipation of reward would certainly unmotivate most of us.

However, if rats are only given either sugar water or cocaine water and then each is removed, they will continue pressing the cocaine lever far more often than they will the sugar lever. They “want” cocaine more than sugar. Rats may prefer (i.e., like) sugar water more, but they will work harder (i.e., want) the cocaine water more. This distinction is relevant to what is meant by both motivation and addiction.

Are we to conclude that the mind is a prisoner to the brain? To some degree, yes. The mind is essentially the result of brain function. However, although we cannot stop the brain’s wanting, our mind can use understanding and acceptance to recognize that our brain is out of control, and the grit that comes from preferring (i.e., liking) inclusion in a supportive community to bend behavior toward abstaining from drugs that induce repetitive wanting.

Recovery is a decision by our mind and spirit that also requires changes in behavior. Without changing behavior, the brain’s craving will defeat the mere desire to experience the freedom of recovery.

Motivation to recover demonstrates the complexity of its provenance. The blunting of reward and subsequent amotivational condition brought on by cannabis can affect a person’s life trajectory if they don’t have the desire for a good recovery and the effort to attain it.