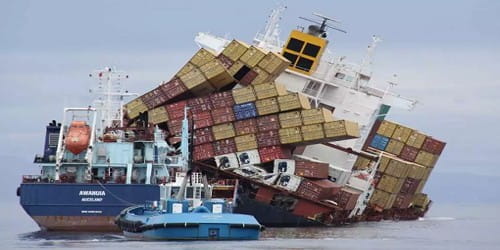 This is an important document used in foreign trade. It is the contract for the loan of money on a ship. In the course of a voyage, the captain of the ship may be in urgent need of money. In such a case, he may raise a loan on the security of the ship or the cargo. When a ship requires repair, this bond is issued by the captain of the ship for procuring a loan. He procures loans by mortgaging the ‘bottom” or whole of the ship to regain it on the way of transit on condition that the caption/the ship-owner will repay the loan when the ship will reach safely to the destination. Bottomry transactions are mostly obsolete in modern-day maritime activity. Under such a bond, both the ship and the cargo are hypothecated. In such a case the shipowner will have to compensate the cargo owners for such loss.

Bottomry is a contract, of the nature of a mortgage, by which the owner of a ship borrows money to make a voyage, pledging the ship as security. Bottomry Bond is usually executed for maritime risks encountered during a certain period or for a certain voyage. The interest received by the lender on a bottomry loan is known as maritime interest and maybe more than the legal rate of interest. It is a system of merchant insurance in which a ship is used as security against a loan to finance a voyage, the lender losing their money if the ship sinks. The loan can be enforced only if the ship/vessel survives the voyage.