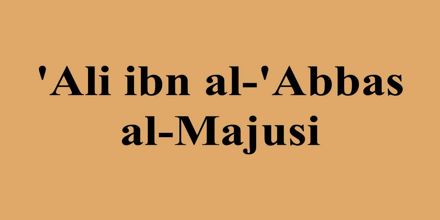 Ali ibn Abbas al-Majusi was known in the Latin as Ali Abbas. As his name, Majusi, means ‘Magus’ it is believed that he came from a Persian Zoroastrian family. He was famous Persian physician, born in Ahwaz in 925, he flourished under the Buwayhid Sultan Adhud al-Dawla. He died in 994. He is considered one of the three greatest physicians of the Eastern Caliphate of his time. Among his important books a medical encyclopaedia called Al-Kitab al-kamil as-sina’a at-tibbiyya (The Complete Book of the Medical Art), known also as Al-Kitab al-Maliki, title under which it was translated into Latin as Liber regalis. Another title given to the work is the Lber pantegni in a version rendred by Constantin the African.

He dedicated his work to Prince Adud ad-Dawla and it is assumed that he worked in the hospital as a physician. He is one of the three greatest physicians of the Eastern Caliphate. His only work, Kitab kamil as-sina an attibiya. The Perfect Book of Medical Art also called al-Kitab al-Maliki.

The book is more systematic and concise than Razi’s Hawi but more practical than Avicenna Qanun. The book is written in two parts with twenty chapters on medicine, the first half on theory and the second half on the practice. The book also contains neuroscience and psychology. Ali Abbas al-Majusi described the neuroanatomy, neurobiology and neurophysiology of the brain.

In about 980 al-Majusi completed The Royal Book. It was widely used not only in Persia and other Arabic countries, but also in many parts of Europe after it was translated into Latin. The Royal Book is a collection of medical knowledge meant to be used as a reference for physicians. The first half deals with theories behind medical treatment. It covers such topics as anatomy (the structure of the body’s parts) and physiology (the function of these parts). The second half of the book deals with medical treatments themselves, such as drugs and surgery. In fact, TheRoyal Book was the first Arabic work to give detailed instructions regarding surgery.

For example, one operation al-Majusi describes is the treatment of an aneurysm—a bulge in a type of blood vessel called an artery that results from a weakening in the artery’s wall. Al-Majusi states that surgery on large arteries should be avoided because of risk of death from blood loss. (Blood transfusions would not be widely used until the twentieth century.) For smaller arteries, however, al-Majusi advised physicians to cut open the patient’s flesh to expose the blood vessel and then to tie it off at either end of the aneurysm with silk thread. A very similar procedure is used to treat aneurysms in small arteries to this day.

In the portion of the book dealing with medicines, al-Majusi states that the best way to determine the effects of a drug is to test it on healthy people as well as the sick and to keep careful records of the results. He offers a classification system for drugs based on their properties and also describes methods of preparing pills, syrups, powders, ointments, and so forth. Other chapters of the book discuss diet, exercise, and even bathing as they relate to health.

The work emphisized the need for a healthy relationship between doctors and patients, and the importance of medical ethics. It also provided details on a scientific methodology that is similar to modern biomedical research.

Neuroscience and psychology were discussed in The Complete Art of Medicine. He described the neuroanatomy, neurobiology and neurophysiology of the brain and first discussed various mental disorders, including sleeping sickness, memory loss, hypochondriasis, coma, hot and cold meningitis, vertigo epilepsy, love sickness, and hemiplegia. He placed more emphasis on preserving health through diet and natural healing than he did on medication or drugs, which he considered a last resort.

Ali ibn Abbas al-Majusi was a pioneer in psychophysiology and psychosomatic medicine. He described how the physiological and psychological aspects of a patient can have an effect on one another in his Complete Book of the Medical Art. He found a correlation between patients who were physically and mentally healthy and those who were physically and mentally unhealthy, and concluded that “joy and contentment can bring a better living status to many who would otherwise be sick and miserable due to unnecessary sadness, fear, worry and anxiety.”[3]

Al-Majusi began his influential Arabic encyclopedia with a critical survey of his sources, which included Hippocrates and Galen as well as al-Razi. While commending al-Razi’s medical epitome dedicated to Mansur, al-Majusi criticized the Comprehensive Book on Medicine, the Hawi, for being too long (the modern printed version is incomplete at 23 volumes) and not well organized, since it had been intended as an aide-memoire and general medical record for al-Razi’s own private use. Al-Majusi stated that the Hawi was so enormous that few could afford copies of it, and that in fact he knew of only two people who owned a copy, “both of whom were people of culture, learning, and wealth.”

Al-Majusi then proceeded himself to produce a model of organization and systematization. He divided his encyclopedia into two large books, one on theoretical principles and the other on practical aspects. Each book had 10 chapters, with divisions and subdivisions under these, typical of the elaborate organizational format of medieval Arabic writings. The chapters of the first book cover the following topics: 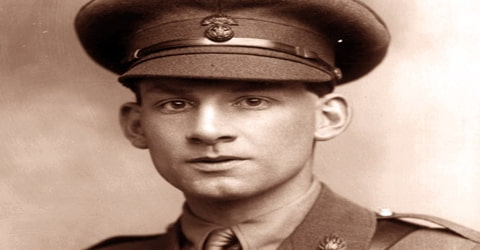