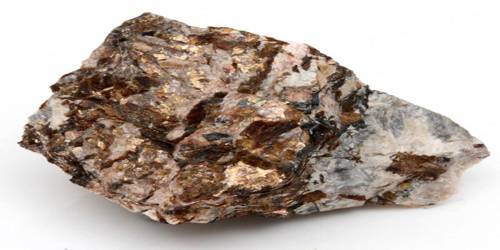 Astrophyllite [Formula: (K, Na)3(Fe++, Mn)7Ti2Si8O24(O, OH)7] is a very rare, brown to golden-yellow hydrous potassium iron titanium silicate mineral. It is a unique and rare formation of titanium silicate. Its name comes from a Greek word meaning “star leaf” because that is what the formation looks like – a leaf or a star!

It produces a variable luster that can be nearly metallic in one specimen to vitreous in another. Its name translated means star sheets and probably is an allusion to the intergrown starlike aggregates that it can form. It forms an isomorphous series with kupletskite, to which it is visually identical and often intimately associated. Astrophyllite is of interest primarily to scientists and collectors. 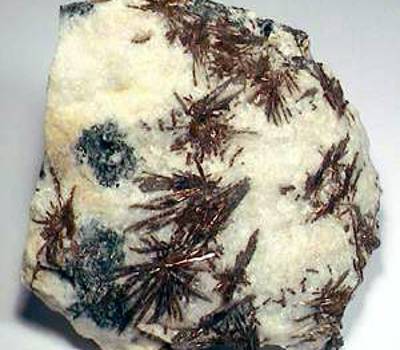 As the crystals themselves possess perfect cleavage, they are typically left in situ, the entire aggregate often cut into slabs and polished. Owing to its limited availability and high cost, astrophyllite is seldom seen in an ornamental capacity. It is sometimes used in jewelry where it is fashioned into cabochons.

Found in cavities and fissures in unusual felsic igneous rocks, astrophyllite is associated with feldspar, mica, titanite, zircon, nepheline, and aegirine. Common impurities include magnesium, aluminum, calcium, zirconium, niobium, and tantalum. It was first discovered in 1854 at its type locality; Laven Island, Norway. Kupletskite was not known until 1956, over a hundred years later. 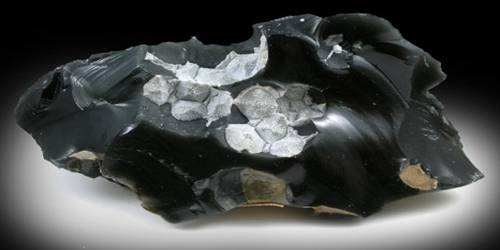 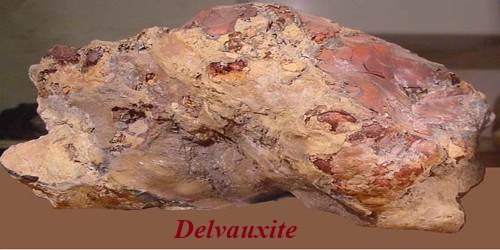 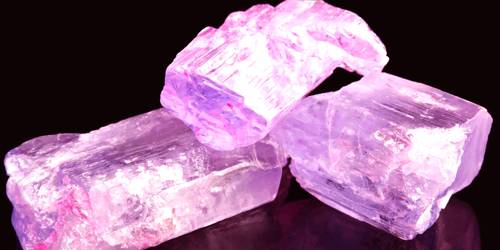 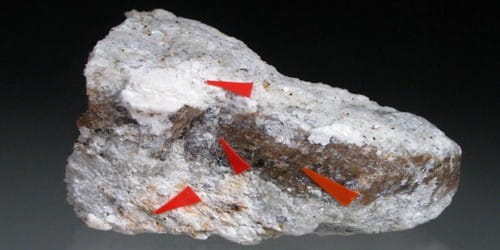