A bright flash that was recently observed in the sky by astronomers is believed to be a jet of material being emitted from a black hole and pointing directly toward Earth. This type of jet is created when matter falls into the black hole and is accelerated to extremely high speeds as it approaches the event horizon.

The origin of an extraordinarily bright X-ray, optical, and radio signal that appeared to come from the center of the universe has been identified by astronomers.

The signal, named AT 2022cmc, was discovered earlier this year by the Zwicky Transient Facility in California. Findings published today in Nature Astronomy, suggest that it is likely from a jet of matter, streaking out from a supermassive black hole at close to the speed of light.

Researchers from MIT and the University of Birmingham are part of the team that thinks the jet is the result of a black hole that abruptly started consuming a nearby star, unleashing a tremendous amount of energy in the process. Their discoveries might clarify how supermassive black holes develop and consume matter.

Astronomers have observed other such “tidal disruption events,” or TDEs, in which a passing star is torn apart by a black hole’s tidal forces. However AT 2022cmc is brighter than any TDE discovered to date, and is also the farthest TDE ever detected, at some 8.5 billion light years away.

Gamma-ray bursts are the usual suspects for events like this. However, as bright as they are, there is only so much light a collapsing star can produce. Because AT 2022cmc was so bright and lasted so long, we knew that something truly gargantuan must be powering it a supermassive black hole.

The team measured the distance to the AT 2022cmc using the European Southern Observatory’s Very Large Telescope, in Chile.

Dr. Matt Nicholl, associate professor at the University of Birmingham, said: “Our spectrum told us that the source was hot: around 30,000 degrees, which is typical for a TDE. But we also saw some absorption of light by the galaxy where this event occurred. These absorption lines were highly shifted towards redder wavelengths, telling us that this galaxy was much further away than we expected!”

How could such a distant event appear so bright in our sky? According to the team, it’s possible that the black hole’s jet is pointing directly at Earth, which would make the signal appear brighter than it would if the jet were pointing in any other way. The effect is “Doppler boosting,” and is similar to the amped-up sound of a passing siren.

AT 2022cmc is the fourth Doppler-boosted TDE ever detected and the first such event that has been observed since 2011. Additionally, it is the first enhanced TDE found using an optical sky survey. More TDEs will be discovered when more potent telescopes come online in the upcoming years, providing information on how supermassive black holes develop and affect the galaxies they orbit.

Following AT 2022cmc’s initial discovery, the team focused in on the signal using the Neutron star Interior Composition ExploreR (NICER), an X-ray telescope that operates aboard the International Space Station.

“Things looked pretty normal the first three days,” recalls Dheeraj “DJ” Pasham, who was first author on the study. “Then we looked at it with an X-ray telescope, and what we found was, the source was 100 times more powerful than the most powerful gamma-ray burst afterglow.”

Such brilliant sky flashes are typically gamma-ray bursts, which are extremely intense jets of X-ray emissions that result from the destruction of huge stars.

Dr. Benjamin Gompertz, assistant professor at the University of Birmingham, led the gamma-ray burst comparison analysis. “Gamma-ray bursts are the usual suspects for events like this.” he said. “However, as bright as they are, there is only so much light a collapsing star can produce. Because AT 2022cmc was so bright and lasted so long, we knew that something truly gargantuan must be powering it a supermassive black hole.”

The shredded star’s “extreme accretion episode,” in which it forms a swirl of material as it falls into the black hole, is thought to be the source of the intense X-ray activity. In fact, the scientists discovered that the X-ray luminosity of AT 2022cmc was similar to, if not brighter than, three previously discovered TDEs.

“It’s probably swallowing the star at the rate of half the mass of the sun per year,” Pasham estimates. “A lot of this tidal disruption happens early on, and we were able to catch this event right at the beginning, within one week of the black hole starting to feed on the star.”

“We expect many more of these TDEs in the future,” co-author Matteo Lucchini adds. “Then we might be able to say, finally, how exactly black holes launch these extremely powerful jets.” 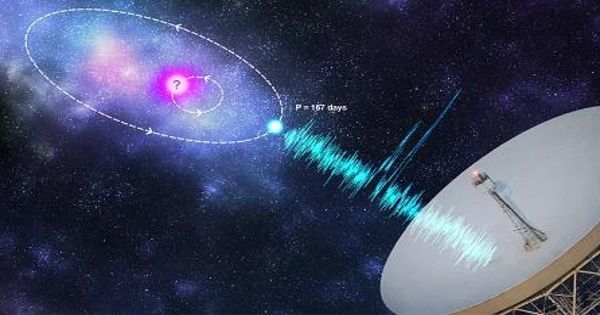