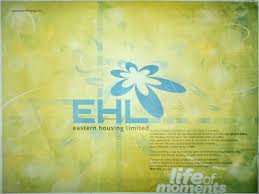 Eastern Housing Limited (EHL) is a concern of Islam Group of Industries. It was formed in late 1965 under the Chairmanship of Mr. Jahurul Islam to reduce the housing problems of Dhaka city. It started its work by successfully implementing a project of building 700 houses in Pallabi Thana, Dhaka, and acquiring 910 acres (3.7 km2) of land. It was one of the first to provide low-cost housing to the residents of Bangladesh (then East Pakistan). Within a short span of time it turned out to be one of the most trusted company in the housing sector. While the company started operations by developing real estate mostly within Dhaka, the capital of the country, it has started to build outside the city. It regularly takes part in REHAB real estate fairs, both at home and abroad, and experiences sell-out performances. The slogan of Eastern Housing Limited is Apan Thikana Gore Dey, which translates to builds your own address.

Engineer Md Akramuzzaman, Director of the Company, took part in the national dialogue on “Strengthening the Role of Private Sector Housing in Bangladesh” organized by Centre for Policy Dialogue in November 2003. In January 2004, the company became a part of the government initiative to build housing for expatriate Bangladeshis in Gulshan Thana, Dhaka. In 2005, Eastern Housing became the highest tax-payer among the 101 real estate developers listed with National Board of Revenue (NBR). In 16 October 2006, RAJUK, the DhakaCity development authority, sent notice about “unauthorized” construction to the Ministry of Housing which included projects of Eastern Housing. Dr. Asaduzzaman, vice chairman of Islam Group, ruled out the possibility of any dubious practices. Some of the real estate developed by Eastern Housing have has faced criticism. The EasternTower, an 18-storied apartment block in New Eskaton, Dhaka, is criticized for not installing ample emergency escapes,while the South Banshree project is criticized for getting waterlogged during the monsoon.

The objectives of the company are as follows:

But the Bangladesh government rules and regulation in object are

a)      To offer finest apartments in excellent locations to the clients;
b) To provide sound construction with aesthetic design to the clients;
c) To install best possible fittings and fixtures;
d) To satisfy clients by expert-oriented service;
e) To help solving the residential problem of Dhaka city;
f) To perform social responsibility for a happy future.

A business contract or legal agreement and you will generally see a clause or provision in the first few paragraphs that indicates the parties agree on a specific amount of money or “other goods and valuable consideration.” Consideration must have a value that can be objectively determined. A promise, for example, to make a gift or a promise of love or affection is not enforceable because of the subjective nature of the promise.

It is frustrating that the government did not stop advertisement and sale of illegal housing projects at the just-concluded Rehab fair, leading environmentalist groups said yesterday.

There are two types of developers in the country: land developers who buy chunks of land, make plots and sell to the buyers while building developers make buildings on acquired land. It’s the land developers who do most of the filling.Filling is part of urbanisation and we are a country with a serious housing crisis. Buildings can be constructed on filled land, provided they have been done through proper engineering.

A case study on the case of a real estate:

I am going to say a real history from my friend Sagor. They have a land around 4 kata at mirpur. His father and mother are not so much powerful but they have knowledge about law. However, the Eastern Housing Ltd is starting to build a apartment beside their land. After few days later they heard about 1.5 kata land is taken by the Eastern Housing Ltd. And already the company completed 3 floor on their land. First they tried to remove the land from them but after failure they wanted to contract with them that my friend wanted 3 flats and also they reduced. And at last my friend helps by Bangladesh government and through a case against them and continue today.

The Eastern Housing Ltd sales flats, offices and shop so on. They take money against that, the most focuses things are they rise their amount, which is written in document contract. They show their constriction cost is going rise.

Other thing is sometimes they could not hand over  the flats in time.

If any owner does not want to sale their land to the developers then they take the land by illegally.

Sometime they give a little amount to take the land which is not justices.

The developers are not holding back the passage of the proposed Private Real Estate Development and Management Act 2009; they are just protesting some illogical rules which in the name of protecting consumer interest will hamper the development business.

This act is imbalanced and has drawbacks. In the act, there is provision of jail time for developers, if they fail to hand over flats or plots in due time. We are protesting the act as we want similar treatment for every stakeholder, be it land owners, developers, clients and utility service providers, as well as government officials.

The illegal housing projects are being undertaken destroying rivers, canals, wetlands and flood flow zones around the capital city in violation of the master plan, environment laws, they said in a written statement.

They demanded immediate action against the companies that advertised and sold unapproved projects violating existing laws and High Court orders.An HC bench on June 16 asked the government to stop display of any illegal projects at the four-day (June 16-19) housing fair of Real Estate and Housing Association of Bangladesh (Rehab) at the city’s Bangabandhu International Conference Centre.State Minister for Housing and Public Works Abdul Mannan Khan, who had been all along vocal against illegal housing projects, was present at the inaugural.The presence of the prime minister and state minister in these fairs gives a wrong signal to the people, said Syeda Rizwana Hasan, chief executive of Bangladesh Environmental Lawyers Association (Bela).Rajdhani Unnayan Kartripakkha (Rajuk) has failed to play its role for corruption and political interference, she added.Bela, Bangladesh Institute of Planners (BIP), Bangladesh Paribesh Andolan (Bapa), Institute of Architects Bangladesh (IAB) and Paribesh Banchao Andolan (Poba) organised a press conference at the BIP auditorium in the capital to deplore government inaction as regards the illegal projects.

Architect Iqbal Habib, member secretary of Bapa, said only 26 housing projects have Rajuk approval but more than 100 projects were on display at the fair.Contacted during the fair, Rajuk Chairman Nurul Huda said they needed a copy of the court orders to take legal action against those.            Tanveerul Haque Probal, former president of Real Estate and Housing Association of Bangladesh (REHAB) talks with Mohiuddin Alamgir, about the collapse of buildings, the work of real estate developers and the pertaining laws All the building that collapsed, including the ones in Begunbari, or the Spectrum and Phoenix building, were not constructed by REHAB members. Rather it was made by the owners and most of these building were made without plans, in un-scientific manner and without base foundation

The DAP needs to be reviewed. As the implementation of the DAP has been long over due, many of the data has become old and useless. In the meantime, many flood flow zone area lands have been sold and many buildings have also been made in those areas. You cannot demolish all of them. Within the time it took for DAP to materialise, many developers developed plots while abiding by old rules. When the DAP comes into force, there is a scope for a lot of conflict with the government. The government should resolve these conflicts through discussions.

The High Court on Thursday directed the Real Estate and Housing Association of Bangladesh not to allow companies, having unauthorised housing projects, to participate in its fair. The court passed the order after hearing a public interest litigation writ petition filed by Bangladesh Environmental Lawyers Association, Bangladesh Paribesh Andolan and Paribesh Banchao Andolan seeking a directive to the government to implement the court’s June 8 ruling that had declared illegal 77 housing projects in and around the capital.

The court directed the government to stop real estate companies from developing lands without approval, selling and advertising such plots on web sites, putting up hoardings or any other medium in areas covered by the Dhaka Metropolitan Develop-ment Plan.Rajdhani Unnayan Kartripakkha and the police were asked to submit a compliance report to the court in 40 days.

The court issued the directives after the final hearing in a public interest litigation writ petition of the Bangladesh Environmental Lawyers’ Association and Ain o Salish Kendra, seeking directives to the government to stop all activities of unauthorised private housing companies.

DhakaCity, born during the Moghul Empire and grown with the British rule, is expanding rapidly. From the beginning of the 20th Century its growth and latter development is marked with sheer lack of proper and far-reaching planning. The impact is now being felt at the end of the century. DhakaCity is undergoing terrific growth phase throughout the last two decades. While there are so many real estate developers in the market, there are also very few of them who have maintained the quality, safety and customer preference. It is customary in the country that the first day quality and impression is lost after a while when people start getting a bit of familiarity. This happens due mainly to lack of professionalism. Sometimes the consumers here are in a fix to choose a particular brand out of many.

A good number of real estate companies are working under one umbrella association named ‘Real Estate and Housing Association of Bangladesh’ (REHAB). Almost 83 Companies are at present affiliated with this association, while more than 200 companies are working independently. BTI took a leading role in the formation of the industry association and is one of the founder members of the REHAB.A four-day housing expo organized by the Real Estate and Housing Association of Bangladesh (REHAB)   got off to a crowded start recently at the Bangabandhu International Conference Centre with 263 realtors participating in it. But the news that out of the 263 real estate companies taking part in the exposition, 235 are engaged in illegal or unauthorized activities it becomes a practical joke. It is more so because the state minister for housing and public works inaugurated it and in his inaugural speech he talked loudly about punishing those realtors who are not going by the rules.

This exactly exposes the double standard blighting life and society in today’s Bangladesh. If only 28 of those participating companies are authorised and 77 have submitted incomplete applications to the Rajdhani Unnayan Kartripakkha (RAJUK) and therefore were not given approval, how could such a housing fair be arranged? Even some of the companies blacklisted for their defiance of earlier High Court directives of June 8 are present at the fair with spectacular stalls. The HC directive served on the government categorically asked for implementation of the measures mentioned in it. Those measures concern removal of all advertisements, signboards and billboards displayed for promotion of sale of flats and land in all the unauthorised private housing projects within 30 days from receipt of the copy of the HC ruling.

The main reasons why real estate business developed in Dhaka city are as follows:
a) Scarcity of open space in the important areas of the city
b) Hazards of purchasing land
c) Hazards of construction of building
d) Rapid increase in population of Dhaka
e) Decrease in the rate of bank interest
f) Price of land and apartments is increasing day by day
g) Rent of the apartments is comparatively higher than the rent of privately constructed flats
h) Open Market Economy. Remittance of foreign currency is very easy
i) Security
j) Service facilities such as garbage disposal, central satellite TV connection, apartments services saves time, roof top facilities, lift and so on

Assignment on Forms of Business