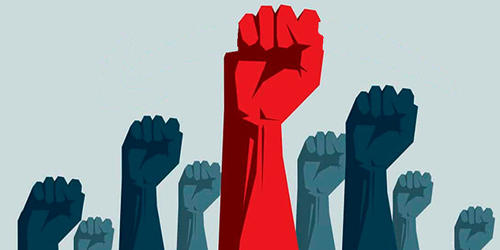 Anti-globalization Movement is a disputed term referring to the international social movement network that gained widespread media attention after protests against the World Trade Organization (WTO) in Seattle, WA in late November and early December 1999. Participants base their criticisms on a number of related ideas. What is shared is that participants oppose largely, multinational corporations having unregulated political power, exercised through trade agreements and deregulated financial markets. Specifically, corporations are accused of seeking to maximize profit at the expense of work safety conditions and standards, labor hiring and compensation standards, environmental conservation principles, and the integrity of national legislative authority, independence, and sovereignty. Internationally, the movement has held protests outside meetings of institutions such as the WTO, the International Monetary Fund (IMF), the World Bank, the World Economic Forum, and the Group of Eight (G8) heavily industrialized nations.

The term “anti-globalization movement” has more often been imposed by movement critics and by the media than used for self-identification. Movement participants have also launched campaigns targeting multinational corporations such as Nike and Monsanto, and have mobilized resistance to U.S.-led military intervention in Iraq and Afghanistan. Many anti-globalization activists do not oppose globalization in general and call for forms of global integration that better provide democratic representation, the advancement of human rights, fair trade, and sustainable development and therefore feel the term “anti-globalization” is misleading. Transportation and communication technologies (railway, automobile, television, aviation, and digital network technology) especially increased the speed of global flows of capital, commodities, power, communication, and information. Many globalization activists explicitly state their opposition to “neoliberalism,” a variety of market-driven capitalism promoted in the developing world through the 1970s, 80s, and 90s by the World Bank, the IMF, and the U.S. Treasury.