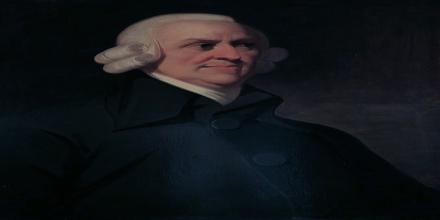 Adam Smith, Moral Philosopher, pioneer of political economy, and a key figure in the Scottish Enlightenment was born 16 June 1723 NS (5 June 1723 OS) Kirkcaldy, Fife, Scotland. Smith studied social philosophy at the University of Glasgow and at Balliol College, Oxford, where he was one of the first students to benefit from scholarships set up by fellow Scot, John Snell. After graduating, he delivered a successful series of public lectures at Edinburgh, leading him to collaborate with David Hume during the Scottish Enlightenment. Adam Smith remains a towering figure in the history of economic thought. Known primarily for a single work—An Inquiry into the Nature and Causes of the Wealth of Nations (1776), the first comprehensive system of political economy—Smith is more properly regarded as a social philosopher whose economic writings constitute only the capstone to an overarching view of political and social evolution. Smith laid the foundations of classical free market economic theory. The Wealth of Nations was a precursor to the modern academic discipline of economics. Smith began delivering public lectures in 1748 in Edinburgh, sponsored by the Philosophical Society of Edinburgh under the patronage of Lord Kames. 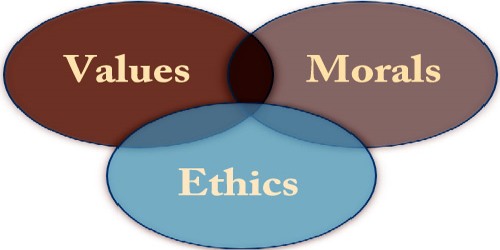 The Difference Between Values, Morals And Ethics