Home Science Health According to a New Study, a Normal Western High-Fat Diet Might Raise the Risk of Painful Diseases Prevalent in Persons With Diabetes or Obesity 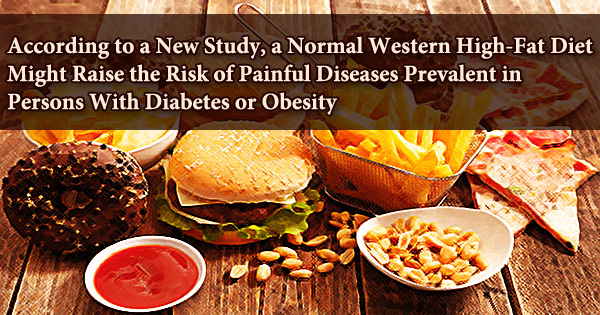 According to new research written by a team lead by The University of Texas Health Science Center in San Antonio, often known as UT Health San Antonio, a normal Western high-fat diet can raise the risk of painful diseases common in persons with conditions such as diabetes or obesity.

Furthermore, dietary modifications may considerably lessen or even reverse pain caused by inflammatory diseases such as arthritis, trauma, or surgery, as well as neuropathic pain caused by diabetes. The discovery might aid in the treatment of chronic pain patients by changing diet or creating medicines that inhibit the release of specific fatty acids in the body.

A collaborative team of 15 local researchers, led by first co-authors Jacob T. Boyd, MD, PhD, and Peter M. LoCoco, PhD, of the Department of Endodontics at UT Health San Antonio, published the study in the June issue of the journal Nature Metabolism, after more than five years of work.

Eleven of the co-authors are from UT Health San Antonio, including seven current or former students of its Graduate School of Biomedical Sciences; three are from the University of Texas at San Antonio’s Department of Chemistry; and one is from the South Texas Veterans Health Care System’s Department of Neurology.

“This study exemplifies team science at its best multiple scientists and clinicians with complementary expertise working together to make lives better,” said Kenneth M. Hargreaves, DDS, PhD, professor, and chair of the Department of Endodontics at UT Health San Antonio, and senior author of the paper.

Malnutrition in all kinds, as well as non-communicable diseases (NCDs) such as diabetes, heart disease, stroke, and cancer, are all aided by a nutritious diet. Unhealthy eating habits and a lack of physical exercise are the major causes of worldwide health problems. Healthy eating habits begin early in life, with breastfeeding promoting healthy growth and cognitive development, as well as potentially lowering the chance of being overweight or obese and having NCDs later in life.

Dr. Boyd and his colleagues investigated the function of polyunsaturated fatty acids in pain situations in mice and people in their new research. They discovered that omega-6 polyunsaturated fats in standard Western diets were a major risk factor for both inflammatory and neuropathic pain.

The amount of energy consumed (calories) should be equal to the amount of energy expended. Total fat should not exceed 30% of total caloric intake to avoid harmful weight gain. Saturated fat intake should be less than 10% of total calorie intake, and trans-fat intake should be less than 1% of total energy intake, with a shift in fat consumption away from saturated and trans-fats and toward unsaturated fats, with the objective of eliminating industrially-produced trans-fats.

Omega-6 fats, which are mostly present in meals made with vegetable oils, provide certain advantages. However, Western diets linked to obesity include considerably greater quantities of those acids in foods ranging from corn chips to onion rings than beneficial omega-3 fats found in fish and flaxseed, and walnuts.

In addition, the authors found that skin levels of omega-6 lipids in individuals with Type 2 diabetic neuropathic pain were highly linked to pain levels and the requirement for analgesic medications.

“This paper is a high-profile contribution for a huge unmet translational need as there are no treatments altering the nature of this neurological disease,” said José E. Cavazos, MD, PhD, professor of neurology, assistant dean, and director of the National Institutes of Health-designated South Texas Medical Scientist Training Program at UT Health San Antonio.

In an editorial accompanying the paper, Duke University researchers Aidan McGinnis and Ru-Rong Ji wrote, “This comprehensive and elegant study from Boyd et al. may serve as a foundation for new clinical trials and ultimately provide new avenues for the clinical treatment of neuropathies.” 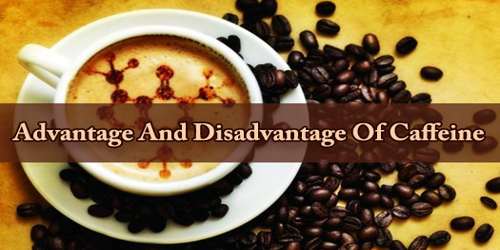 Advantage And Disadvantage Of Caffeine

The Valu of Exercise Equipment Today